The Cups is a little dessert shop in the First Markham plaza that specializes in bingsu, a tasty Korean shaved ice dessert.

I generally liked shaved ice, though sometimes, it’s a bit watery.  The Cups has a fairly ingenious solution for this issue: they use milk instead of water for their ice, which gives the dessert a much richer, creamier consistency.

It’s quite good.  The mango pieces are ripe and sweet, and the ice-to-stuff ratio is pretty much right on point.  Plus, the aforementioned milk ice ensures that the whole thing has a satisfyingly creamy consistency. 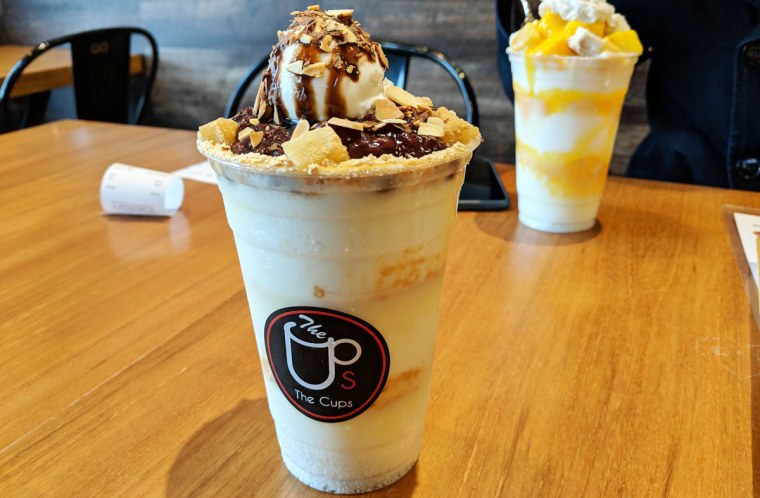 On another visit, I tried the red bean, which features soybean powder, mochi cubes, almond flakes, red bean, and a scoop of vanilla ice cream.  I think I might have liked it even better than the mango, though the ice-to-stuff ratio was a bit off.  It needed a bit more red bean (I don’t think there was any in the middle).

Though ice cream and gelato joints serving Asian-inspired flavours seem to be popping up on an almost weekly basis, I’m pretty sure Kekou is the OG.  It might not be the pioneer in the city, but it was definitely one of the first.

They have a variety of unique flavours like black sesame, Vietnamese coffee, and durian (and they must also be doing other things with durian, because the place kinda reeks of the stuff). 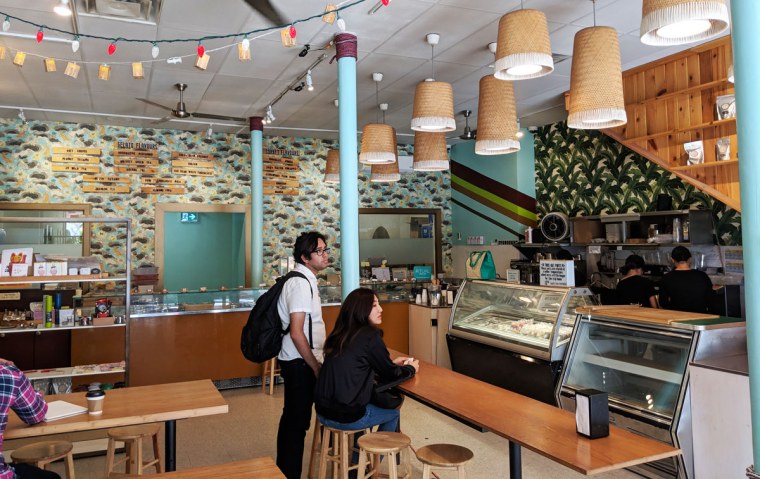 I went with rosewater pistachio, and the flavour was superb.  The balance between the nutty pistachio and the fragrant rosewater was just right; neither flavour overwhelmed the other, and they complimented each other perfectly.

The texture, however, was a bit of an issue.  It wasn’t icy, but it had a thin mouthfeel and a distinct lack of creaminess that was unsatisfying.

The funny thing is, they actually have a sign up in the store explaining that the thin texture is intentional — it is, they claim, a side-effect of the gelato’s lack of stabilizers.

A couple of things about this:

2) Even if this is true — that it’s impossible to make creamy gelato without the use of stabilizers, and that every luxuriously creamy gelato I’ve ever had (both here and in Italy) used some form of chemical magic for its rich texture — then maybe stabilizers are just part of making high quality gelato?

Again, I’m skeptical that this is the case, but I’m sure that making truly great gelato is a skill that takes years to master.  If your gelato-making know-how isn’t advanced enough to make it creamy without using stabilizers, then here’s an idea: use stabilizers.  Is the ability to smugly claim that your gelato is stabilizer-free really worth selling a subpar product?

It’s not a huge deal — and I’ve certainly had worse — but the fact that they’re coming right out and admitting that they’re selling inferior gelato on purpose is a little bit frustrating. 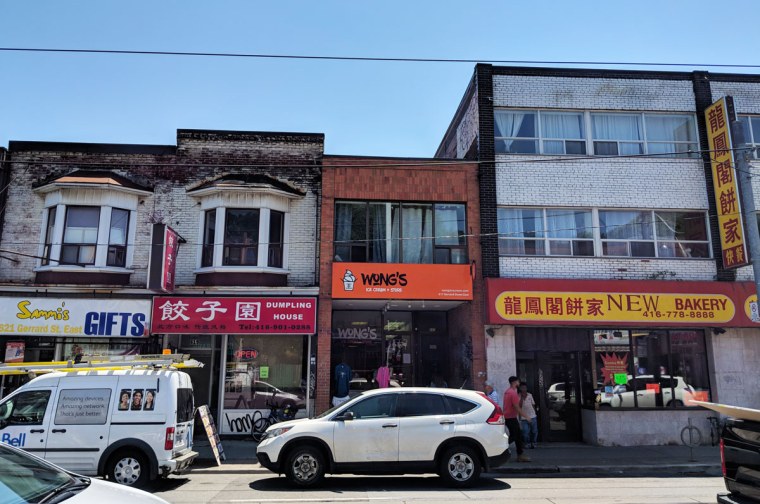 Ice cream is the best (obviously), but if you ever find yourself getting bored with the same old flavours, there’s an easy solution: head to Wong’s, an Asian-inspired ice cream shop with some seriously interesting scoops. 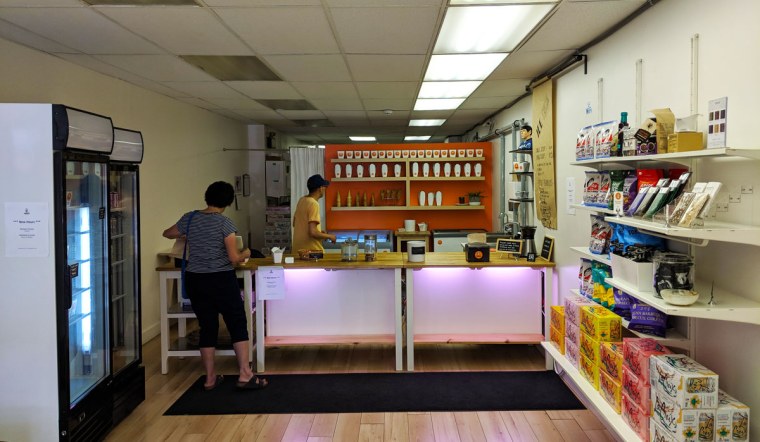 I don’t think you’re going to find taste combinations like pineapple cilantro, wasabi honey, or toasted ramen miso anywhere else in the city (though Wong’s is far from the only Asian ice cream joint in town; Kekou Gelato is another stand-out).

I got the rosewater white chocolate jasmine, and it was seriously delicious.  The texture was ever-so-slightly grainy (from the white chocolate, perhaps?), but it was otherwise excellent, with a very rich, creamy consistency.

White chocolate tends to be intensely sweet, so I was worried this would be a bit much, but the sweetness was admirably restrained.  Rosewater has a very distinct, very strong flavour (it’s a bit of an acquired taste), but again, the flavours here are really subtle and well-balanced.  There’s a mild floral sweetness, but it isn’t in-your-face.  If you’re on the fence about rosewater, this might just be the dessert to get you on board.