Though Dipped Donuts has been serving their tasty treats at various events throughout the city for a few years, they’ve only just recently opened a permanent outpost in Kensington Market.

They keep things pretty simple; as far as I can tell, they only serve classic raised doughnuts — nothing with a cakey base, and on the day I visited, nothing filled (though they do have filled doughnuts in their rotation). 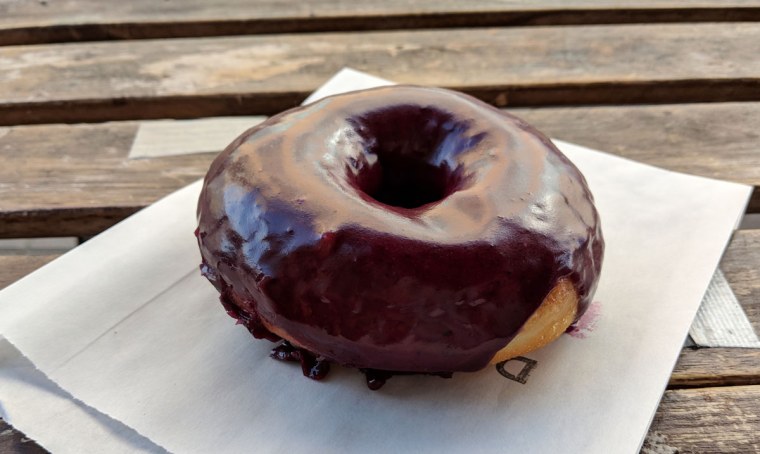 I tried the blueberry basil, and yeah, it’s good. The doughnut itself is a little bit more dense and chewy than the norm, which is actually quite satisfying.

The glaze was seriously delicious, though I’ll admit that I couldn’t taste any basil flavour.  It was bright and fruity, with a mild tartness and a pronounced blueberry flavour.  It’s also admirably restrained in its sweetness; it’s basically the polar opposite of the in-your-face sugar bombs you’ll find at Krispy Kreme.

Most of the time, I’m ready to tap out from the sweetness after one doughnut.  Here, I could have happily eaten another one (or two).