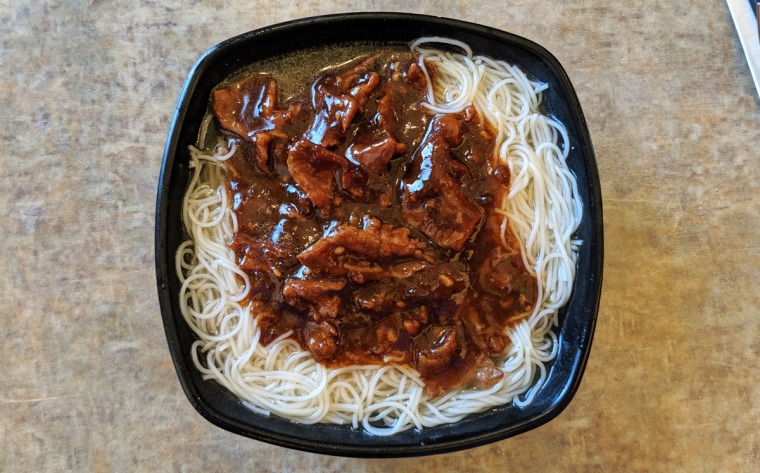 Ming’s Noodle Cafe is a Hong-Kong-style diner; it’s also one of those restaurants with a multi-page menu with literally hundreds of choices.  If you’re not sure what to order, the All Day Special is a safe bet, and an absolutely incredible deal. 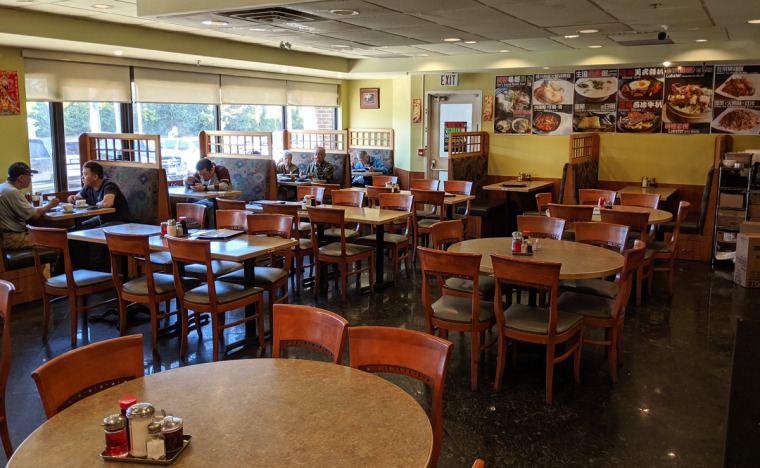 For the almost absurdly low price of 7.45, you get an egg sandwich or an omelette with toast on the side, a main meal, and a drink.  It’s an insane deal.

Is the food amazing?  No, it definitely isn’t; but for that price how can you complain?

And it’s certainly not bad.  I started with the egg sandwich, which features a tasty, buttery omelette between two fluffy slices of white bread.  The eggs were slightly overcooked, but it was a respectable sandwich.

Next up was the beef with satay sauce on vermicelli soup.  This was fine; the beef is tender, and the satay sauce is tasty enough.  Nothing about it particularly stands out… until you add a heaping amount of the chili sauce they have on the table, then it really comes alive.

I wish that sauce were a bit spicier (it’s surprisingly mild) but it’s otherwise sweet, savoury, and addictive, with a face-punch of satisfying flavours.  You can buy a jar to take home for six bucks, and you’d better believe I bought one. 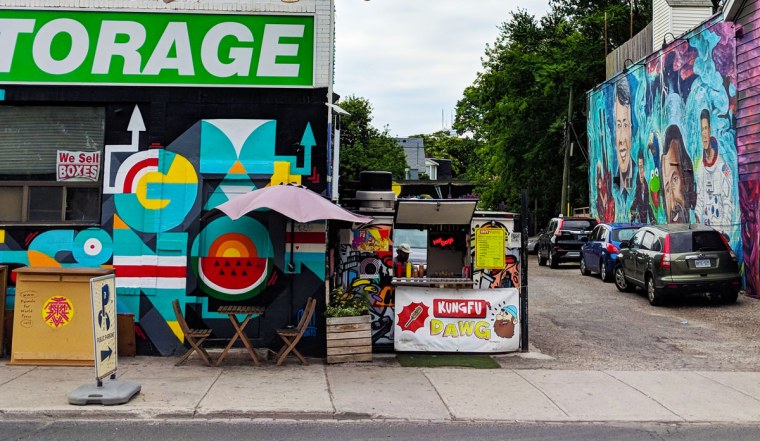 Remember when street vendor hot dogs were everywhere in the city?  There was a time when you couldn’t walk more than a block or two without running into one.  I’m not sure exactly why they mostly went away, though I’m assuming it has something to do with the explosion of cheap eats around the city over the last decade or so, not to mention the general foodie-ification of the GTA.

But there are still a handful of old school vendors around the city — or if you’re looking for something made with a bit more care, there’s Kung Fu Dawg on Ossington.

They actually make their own hot dogs and put them in a natural casing, which gives you a snappier bite than a traditional dog.  The pickles and many of the condiments are homemade as well, so clearly, this is something a bit more special than your typical street meat.

There’s no easy way to eat this.  I tried to pick it up out of the cardboard box it’s served in, but it was so big and unwieldy I couldn’t get a grip on it.  Eventually, I had to just embrace the mess and dive in.

It’s really good, and an absolute cornucopia of tastes and textures.  It’s pretty much got all the flavours: it’s salty, savoury, sweet, vinegary, and a little bit spicy.  It’s crispy, it’s crunchy, it’s meaty — it’s everything at once.

I liked it a lot, but I think there might have been a little bit too much going on.  They make their own hot dogs, but there’s so much stuff piled on top of it that you can barely taste it. It may as well have been Oscar Mayer.

Of course, the whole thing is super delicious, so it’s hard to complain too much — but next time, I think I’ll order something a bit more plain so I can see what the actual hot dog tastes like.

Oh, and I also tried the fries; like the hot dog, they were way above average. 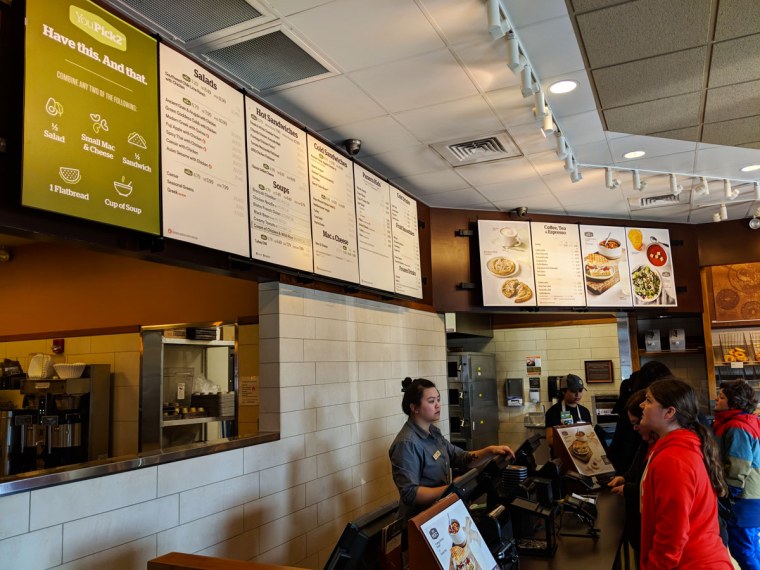 I continue to be baffled by the success of Panera Bread.  It’s really expensive, consistently mediocre, and always busy.  I don’t get it.

The bread’s not bad, I’ll give it that.  I’ve had a few sandwiches here, and the bread is always the highlight.

I got the “Pick 2,” which means you can pick two smaller things and pay a lot for it.  I got a small sandwich and a little bowl of chili, and it came up to a bit over 14 bucks, and just get the hell out of here with that.  This should cost about half of that for the quality of food they’re serving.

Specifically, I got the Fontiga  Chicken Panini, and the Turkey Chili. 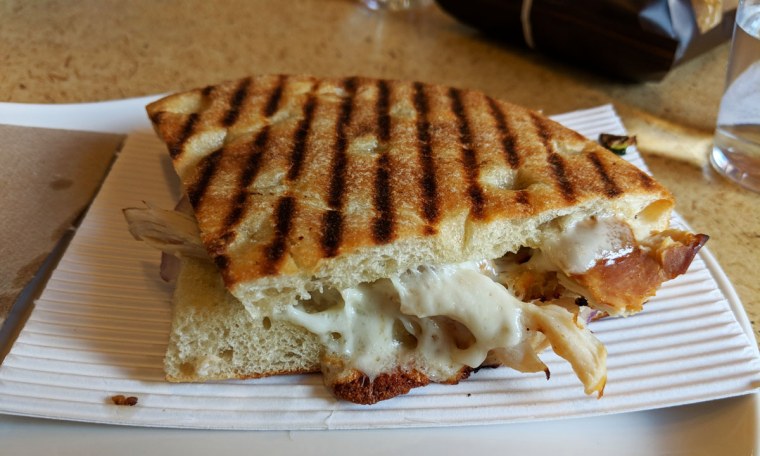 They were both fine.  The sandwich had a mild smoky flavour — I guess either the cheese or the chicken was smoked — but was otherwise the sandwich equivalent of white noise.  It’s neither good nor bad; it’s just kind of there.

The chili was fine, but it was about on the level as a can of soup from the supermarket.  A nicer can — maybe one that costs a buck fifty instead of a buck — but a can nonetheless.

And of course, as usual, the place was packed.  Why?  I guess it’s better than the literal garbage that they call sandwiches at Tim Hortons, but still: why is this place so popular?