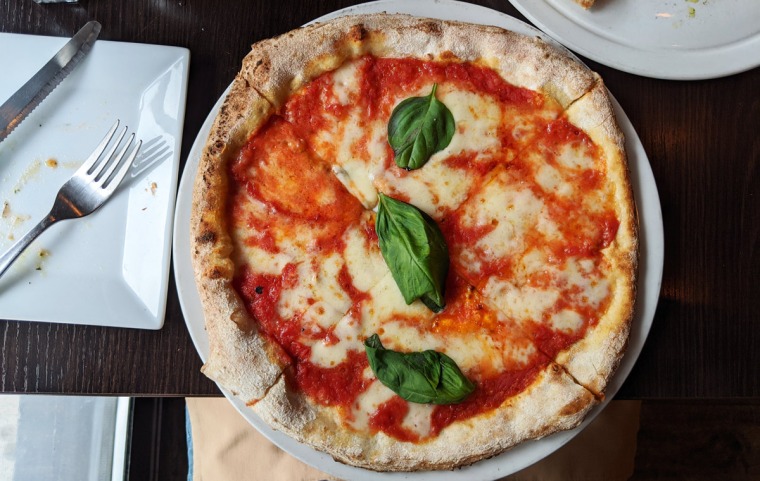 I wound up at Sip Wine Bar entirely because the restaurant I was supposed to be visiting turned out to be closed (RIP to the Yonge Street location of Via Mercanti), so I’ll admit that my expectations weren’t particularly high.

They went even lower once I tried the appetizer, a decent but uninspired bruschetta that basically defines the word “meh.” 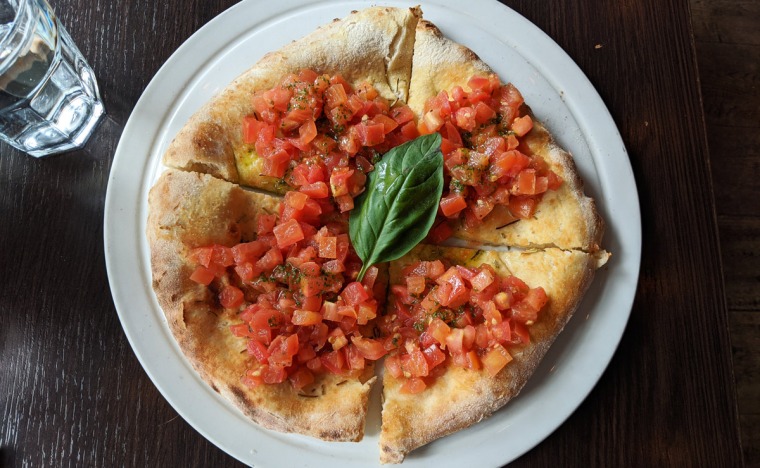 But I actually quite enjoyed the pizza.  I ordered the margherita, because as I’ve said before, it is the king of pizzas and one of the world’s few perfect foods.  It’s also a great test of a pizza joint’s ability, because there are no fancy toppings to hide behind.  If the quality of your dough and your technique aren’t on point, it’s game over.

Sip Wine Bar definitely passed that test.  It’s not the best pizza I’ve ever had, but every element was right where it should be — in particular, the crust was great.  It had a good amount of flavour and a great chew, and enough char to give it some personality without overwhelming.  The ratio of sauce and cheese was also quite satisfying.  It was a quality suh.