Fact: a margherita pizza, done well, is the best pizza.  It’s just crust, sauce, cheese, basil, and olive oil, but when it’s done well, it all comes together in a way that feels magical.  It’s one of the world’s few perfect foods.

Pi Co. does it well.

The restaurant itself is actually pretty interesting — it’s mostly a take-out joint, and aside from the margherita, they don’t have any pre-topped pizzas.

The restaurant is set up almost like a Subway, with a variety of toppings behind glass that you can choose from on the spot.  And the Neopolitan-style pies bake fast, so you can be in and out surprisingly quickly, despite the fact that they’re starting every pizza from scratch. 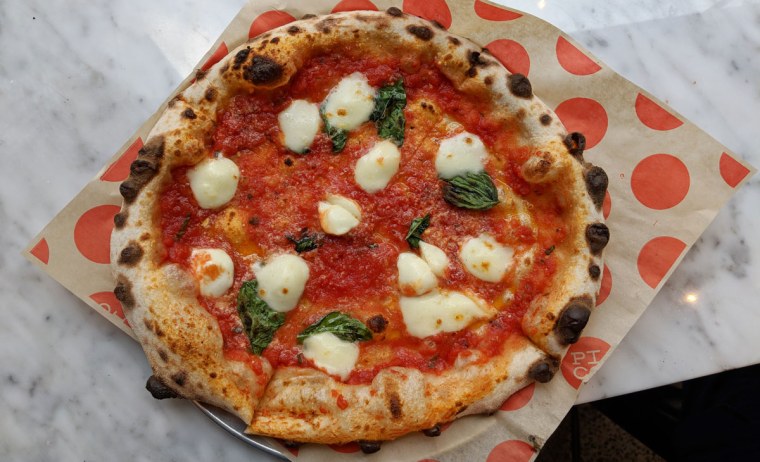 It’s quite good.  A pizza like this lives and dies by its crust; the crust here was solid, with a satisfying chew, a decent amount of flavour, and a nice blistery exterior.  The external crisp factor could have been slightly higher, but that’s a very minor complaint.

Everything else was great, with a nice balance of sauce and cheese.  It’s not the best margherita I’ve ever had, but it’s pretty damn satisfying (again: it’s a perfect food).