Aside from the fact that it’s great (don’t even argue about that unless you want me to challenge you to a old-fashioned duel), it’s the easiest way to gauge the quality of a pizza joint. 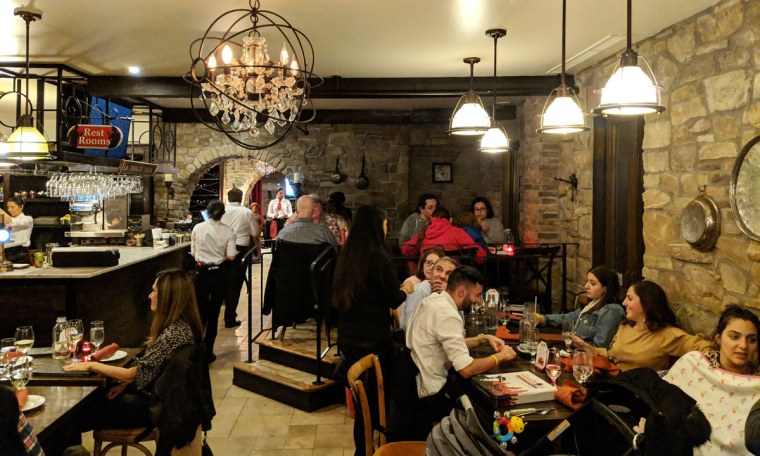 There’s no hiding behind fancy toppings or sauces; it’s just crust, plain tomato sauce, mozzarella, olive oil, and basil.  You have to know your way around a pizza (and a pizza oven), or you’re probably going to mess it up.

And Goodfellas definitely passes the Margherita test, though I will admit that I got very concerned when I saw the waiter bringing a neighbouring table a pizza with a crust that looked flat, colourless, and horrible.  I was ready to dive out the nearest window and then run until my legs gave out from under me — but then I heard a reference to gluten-free, and all was right again.

If you can’t (or won’t) eat gluten, maybe don’t eat pizza?  Don’t ruin something great for yourself by eating whatever the hell that was.  It looked truly dire.

Thankfully, the actual, non-gluten-free pizza is pretty great.  The proportion of cheese and sauce is just right, and the crust is top notch (ah, sweet sweet gluten).  It was slightly over-charred in spots and maybe a touch too dense, but it was still very tasty.

It had just the right amount of crispiness without being too crunchy, and a satisfying chewiness that contrasts very nicely with the sauce and the cheese.  Like all Margherita pizzas, it’s simple, but hard to resist.