I just tried the Sabich from Gold Standard’s new location on Queen, and yep: it’s not as good as the breakfast sandwich.  It’s not even close.

It’s fine.  It’s decent enough, but the breakfast sandwich is clearly the thing to order here. 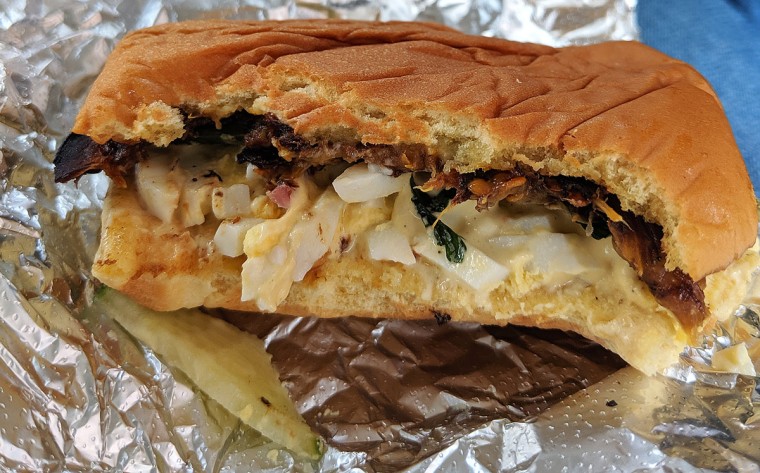 There’s certainly nothing wrong with it; the egg salad is nice and creamy, as is the meaty eggplant.  The cucumber adds a bit of crunch, though some additional texture would be nice.

The biggest problem is that all of the components are basically on the same wavelength; the flavour is one-note.  It’s boring.  It needs some acidity to round things out.  The pickled onions add a slight vinegary bite, but there isn’t enough of them to make much of an impact.