Milkcow Cafe is a South Korean soft serve chain — a concept which, thanks to Kiss the Tiramisu, now fills me with horror.  I actually have a great deal of fondness for South Korea, but the ice cream at Kiss the Tiramisu was so profoundly awful that it made me lose a little bit of respect for the whole country.  Just the absolute worst. 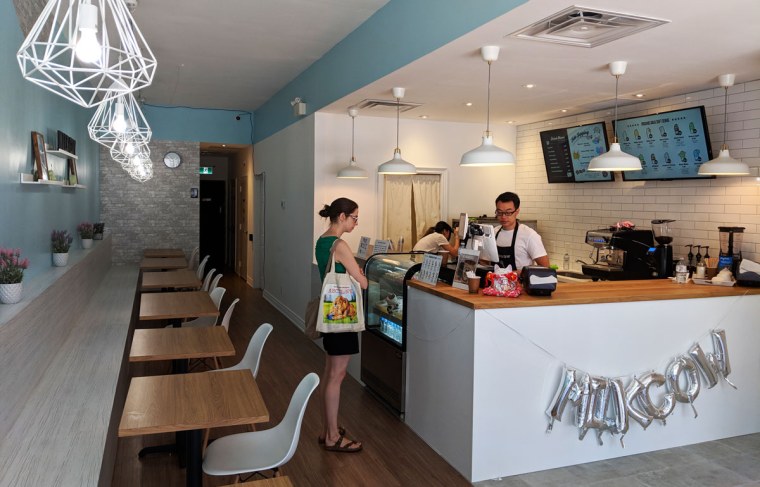 Thankfully, Milkcow Cafe is quite good.  They have a variety of ice cream creations, all featuring a base of their “organic milk soft serve.”  I went with the Milky Cube, which is drizzled with honey and topped with a big chunk of honeycomb.

They’re not kidding around with the milk thing — the ice cream is really unique, with a subtle sweetness and a pronounced milky flavour.  It actually tastes like drinking a glass of milk, but in ice cream form.  There’s no vanilla flavouring to get in the way; just pure milky goodness.  It could have been creamier, and the texture was vaguely icy, but for the most part it was quite satisfying.

The honey had a nicely floral flavour and added a good punch of sweetness, but honestly, the ice cream itself was so interesting I would have been okay eating it on its own.