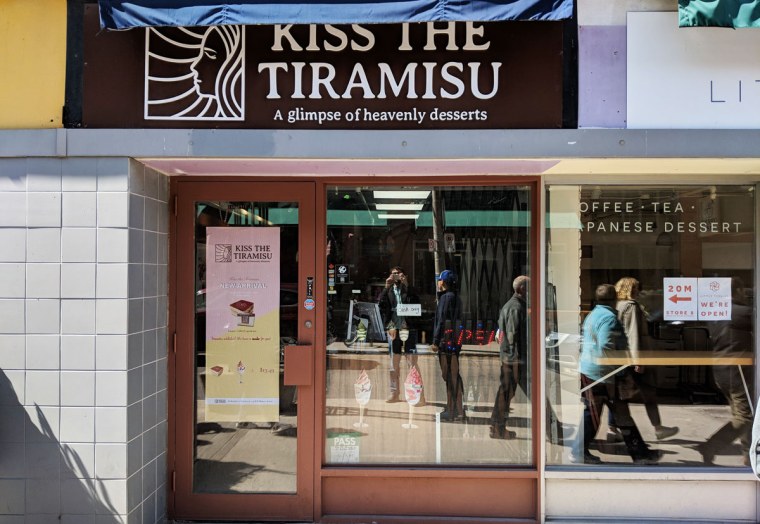 I don’t want to be too hyperbolic, but I think the sundae at Kiss the Tiramisu in Kensington Market might be the worst thing I’ve ever been served in a restaurant.  Certainly, it’s right down there.

To be fair, they were clearly having issues.  Shortly after I ordered, the woman behind the counter attempted to dispense ice cream from the machine; pure liquid came out.  She looked shifty and then told me I’d have to wait five minutes.

A smarter man would have asked for his money back and left.  Clearly, I am not a smart man.

The ice cream is layered with coffee, some kind of white sauce (mascarpone?), and a whole bunch of cocoa powder.  It’s absolutely terrible. 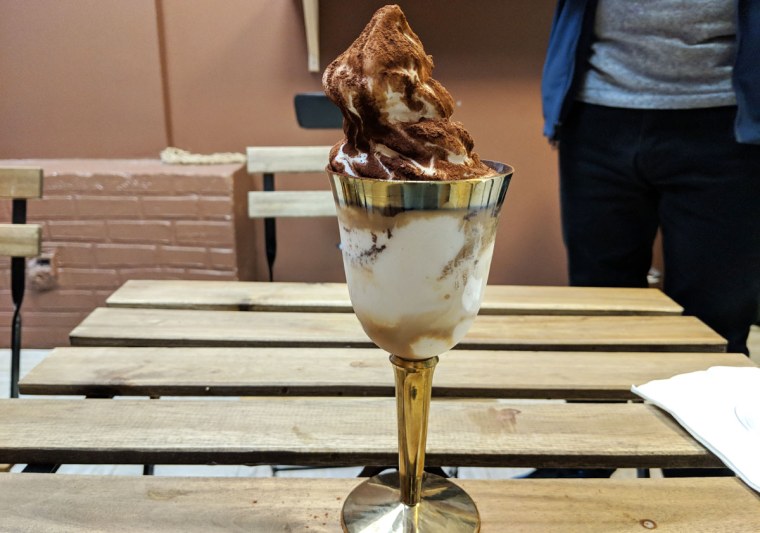 I’m really not sure what that vile, sludgy glop was, but it certainly wasn’t ice cream.  That’s not even a joke: it was thin and lacking anything even remotely resembling creaminess.  I’m almost certain it didn’t have the proportion of milk fat that is legally required for something to be called ice cream.  It was also grainy and icy, so it was pretty much the worst.

The flavour was no better; I find a lot of ice creams are a little bit too sweet for my taste.  I had the opposite problem here.  This was bland and horrible, with a vague milkiness and and unpleasantly watered-down bitter coffee flavour that was downright repulsive.  There was also an insane amount of cocoa mounded onto this thing, which just made it impossible to eat without getting powder all over the place.

Despite spending well over seven bucks (!), I couldn’t bring myself to finish it.  It was so bad.

Seriously: I take back every bad thing I’ve ever said about Sweet Jesus.  I certainly have issues with the place, but at least what they’re serving is actual ice cream that isn’t gross.