Ice Creamonology had only been around for a few months when, after what sounds like a pretty horrifying dispute with their landlord, they had to move out of their spot on Queen’s Quay. That’s a bummer, but they seem to have landed on their feet, with a new location on the west end right next to Chen Chen’s.

Their rotating menu mostly consists of old standbys like pistachio, dark chocolate, and vanilla; I kept it pretty simple with Cookies and Cream, which they describe as coming with “real Oreo pieces and Oreo crumbs.” 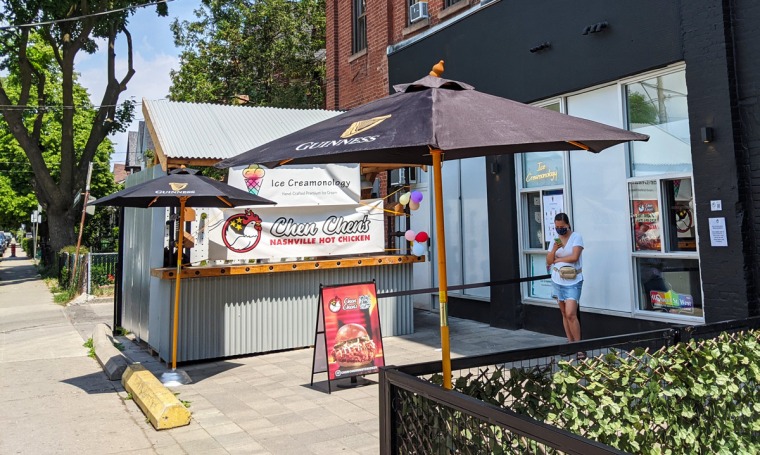 Nothing about the flavour particularly blew me away, though to be fair I’m not sure what you could do with cookies and cream to make it mind-blowing. It features a pretty perfect amount of cookie pieces; it’s enough to give it a nice Oreo-infused flavour, but not so much that it overwhelms the ice cream.

And the quality of the ice cream is pretty decent, though the flavour is a bit muted and it’s gummier than I’d like (it’s much stretcher and chewier than your average scoop).