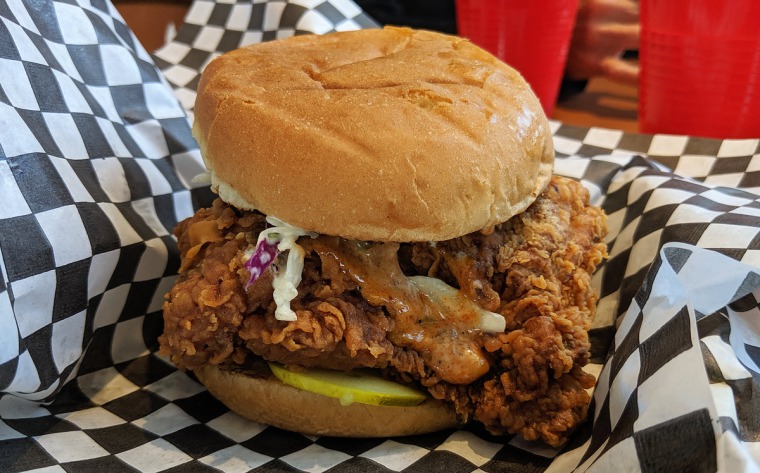 I just tried the Small Fry Sando, which is Chica’s “small” sandwich (it’s small only by their standards; it’s quite hefty) that comes topped with coleslaw, pickles, and Chica’s Sauce, which they describe as a Thousand Island-style dressing. 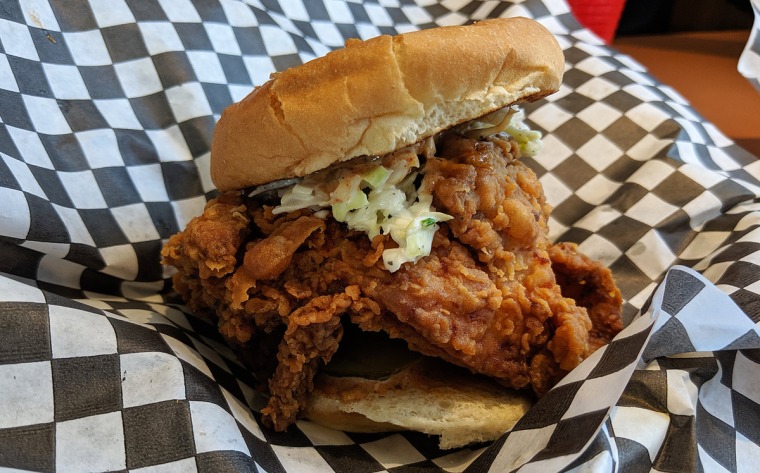 The fried chicken itself is almost improbably delicious — the exterior is crunchy and amazingly well seasoned, and the chicken is profoundly juicy.  It’s weird how good it is.

Everything else complements it perfectly, particularly the sauce, which is clearly about a million times better than any Thousand Island I’ve had before.  It’s a top-shelf sandwich. 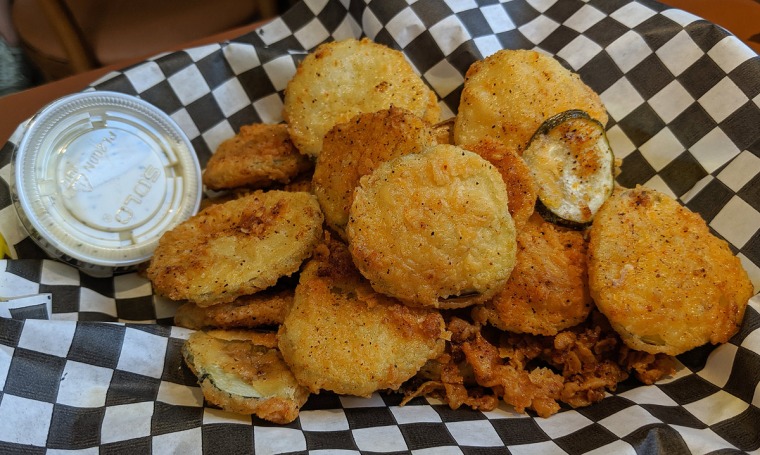 I also tried the fried pickles, and hey, wouldn’t you know it — they’re outstanding.  The thinly-sliced pickle chips feature a perfectly crispy exterior; I’ve had some fried pickles where the crisp-factor isn’t quite there, but these are amazing.  The zippy, slightly sweet seasoning complements them perfectly, as does the delicious ranch dipping sauce (which, like the Thousand Island, is way better than your average ranch).