I recently had a seriously tasty meal thanks to Toronto Life’s list of the 25 best sandwiches in the city.  So it seemed like a safe enough bet to try another entry from that list: the melanzana from Forno Cultura, a great Italian bakery on King Street West. 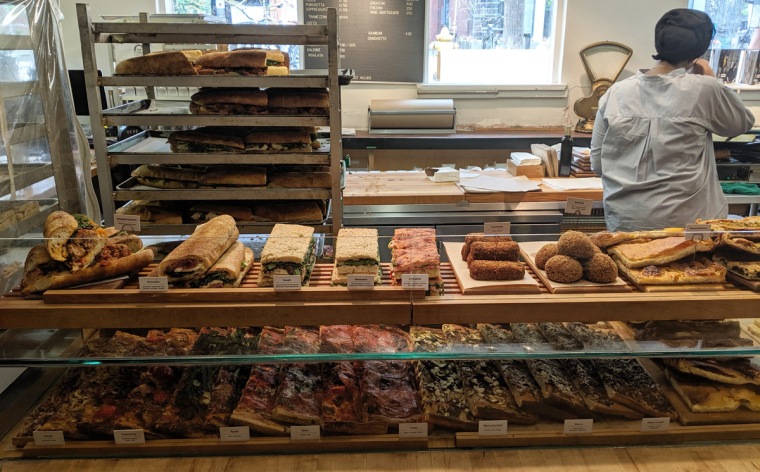 I was tempted by the very tasty looking meatball sandwich, but I stuck with the list, and I’m very glad that I did.  The list is on a roll.  It’s an amazing sandwich.

The eggplant and the zucchini are both super tasty — they’re meaty and tender, with a very herby, garlicky flavour.  The two cheeses balance quite well, with a nice soft creaminess from the fresh mozzarella, and a sharper cheesy flavour from the Emmental.  Add in the peppery bite from the arugula, and you’ve got a tasty sandwich.

Though as good as the various fillings are, it’s the sesame-studded focaccia that’s the real star of the show.  It’s crispy, fluffy, and amazing. 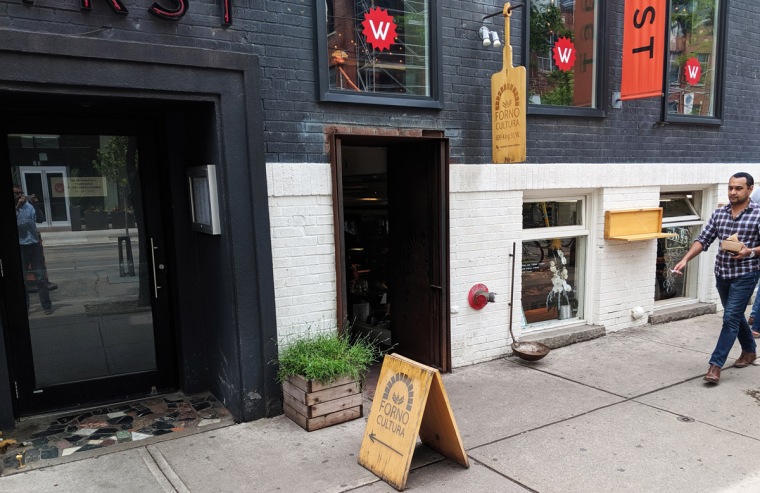 The sandwich is also exceptionally oily — basically as soon as you pick it up, your hands become slick with grease.  Normally this might be a bit much, but I think that oil was also a vehicle for the aforementioned herby, garlicky flavour, because the whole sandwich was tasty and amazing.  It never feels overly oily.

I should have left it at that, but I made the mistake of getting the cornetto cioccolato for dessert.  It looked so good! 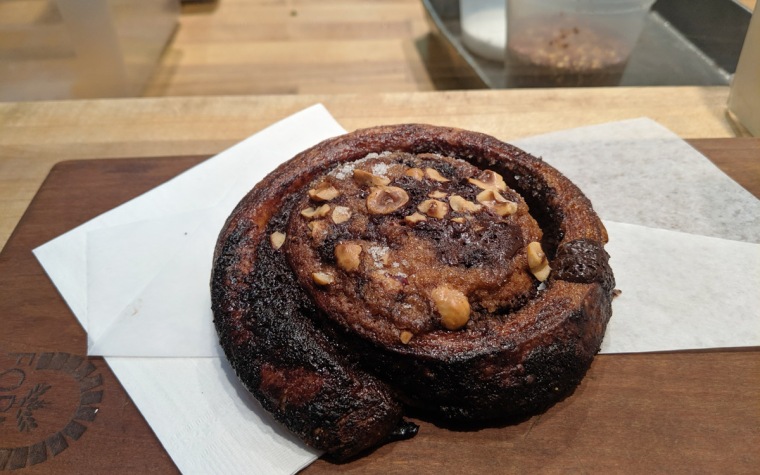 It tastes absolutely nothing like it looks.  It was barely sweet at all, and the texture was oddly crunchy and dry.  It was, weirdly enough, very similar to a pretzel.  Not a warm, fresh pretzel; the dry kind from a bag.  I don’t know if that was intentional, but I’m guessing it wasn’t because it was blatantly unappealing.  It was quite saltine-esque.

Still; it’s hard to stay mad a place that serves a sandwich that delicious.