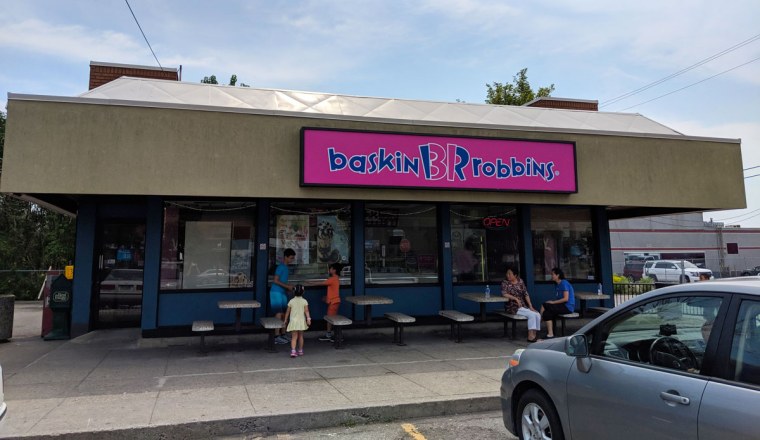 This probably won’t come as much of a surprise: it turns out that the ice cream at Baskin Robbins isn’t very good.  I haven’t been there in several years, but I remember it being decent enough.

Either I’ve become pickier in the meantime, or it’s become worse.  Probably a bit of both. 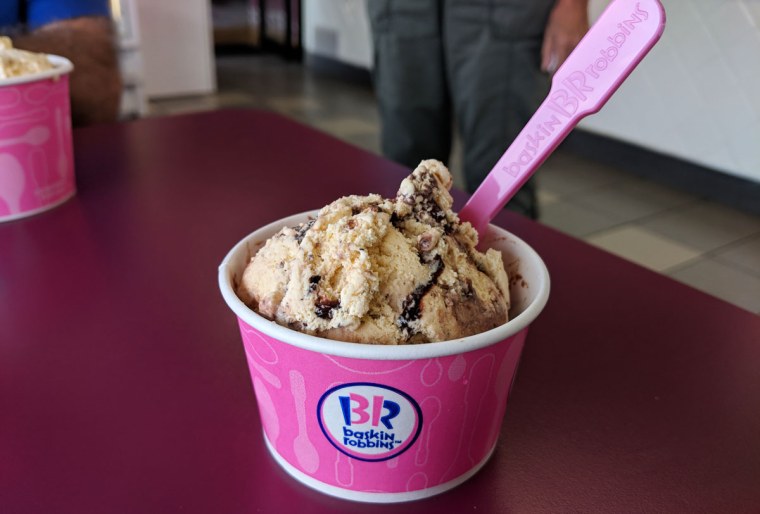 The quality of the ice cream itself was pretty bad; it was slightly better than really bottom-of-the-barrel stuff like Chapman’s, but that’s really not saying much.  The texture was thin and unsatisfying.

The flavour was even worse.  I’ve eaten a lot of cake in my lifetime, and none of it even remotely tasted like the ice cream here.  I’m normally fine with artificial, cake-flavoured junk food, but this stuff was just vile.  I’m having a hard time even figuring out how to describe the flavour — it was acrid and unpleasant and weird.

The cookie chunks were good, at least — they were Oreo pieces, so no surprise there.  But the “chocolate cake batter flavored ribbon” basically just tasted like a sweeter, less chocolatey version of Nesquik chocoalte syrup.  It wasn’t offensive like the ice cream, but it wasn’t particularly good, either.