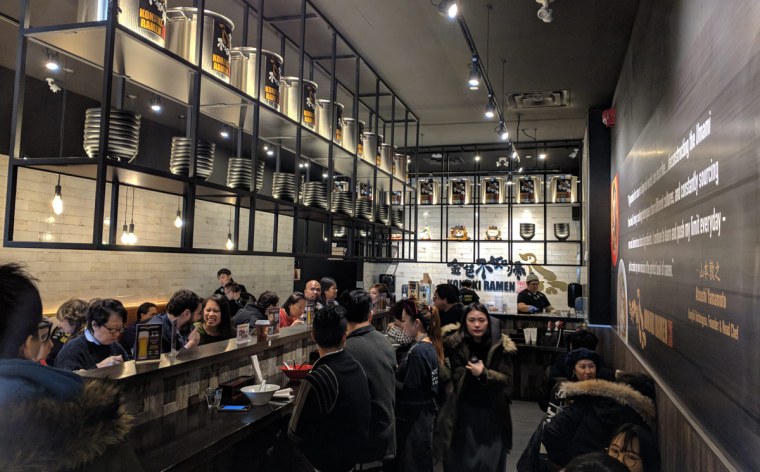 I think ramen might just be my favourite food on the planet.  Burgers are obviously a strong contender, but there’s something about a truly great bowl of ramen that’s incomparable.

That’s why the ramen at Konjiki — a seriously acclaimed Tokyo ramen joint that has just opened their first outpost in Canada — was so disappointing.  Their specialty is ramen made with clam, shellfish, chicken and pork.  I was exceptionally excited to try it.

You can either get shio (salt) or shoyu (soy sauce); I went with shoyu, which was clearly a mistake.  The flavour was all salty soy sauce, which completely wipes out all of the nuances from the broth. 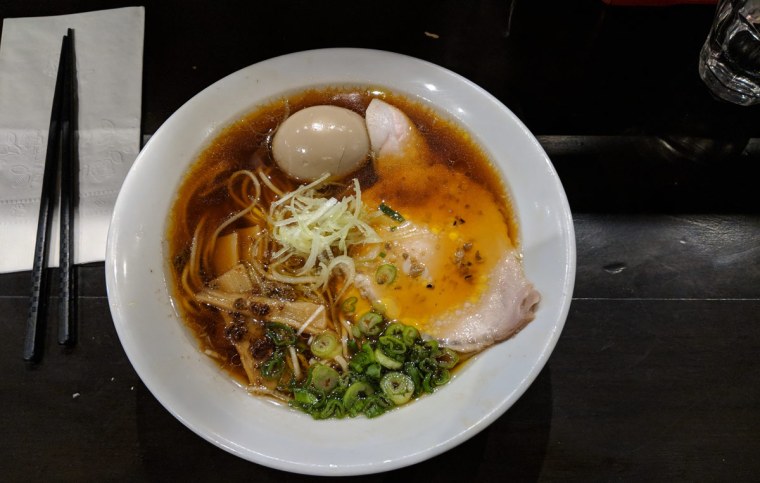 The thing that’s so irresistible about a great bowl of ramen is how complex it is; it feels like you’re discovering something new with every mouthful.  But there was nothing new to discover here after the first slurp.  It certainly wasn’t bad, but the first sip was exactly the same as the last.

The noodles were quite good, at least, with a satisfying chewiness.  The texture was slightly off in a way that I couldn’t quite put my finger on, but that’s a minor complaint.

The chasu, on the other hand, wasn’t great.  It was super dry, and just didn’t add much to the bowl.

I also tried the gyoza (which were pork, shrimp, and cabbage dumplings) and the karaage (fried chicken), and they were both tasty, if nothing particularly mind-blowing. 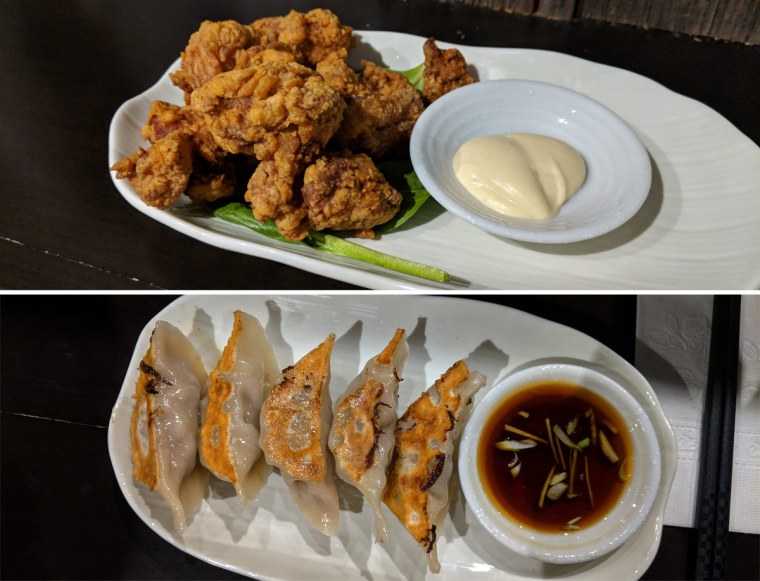 I should also note that there were some service issues.  I was with a group of four, and two bowls of ramen came fairly quickly.  The other two took an extra fifteen minutes to arrive.  The waitress was extremely apologetic once she realized what was happening, and I got a free egg out of the deal (which was nicely cooked, with a gooey, just-barely-set yolk — but like the ramen itself, it was too salty).

Overall, not the greatest experience ever, and certainly not worth waiting for when there are several other ramen joints right nearby.