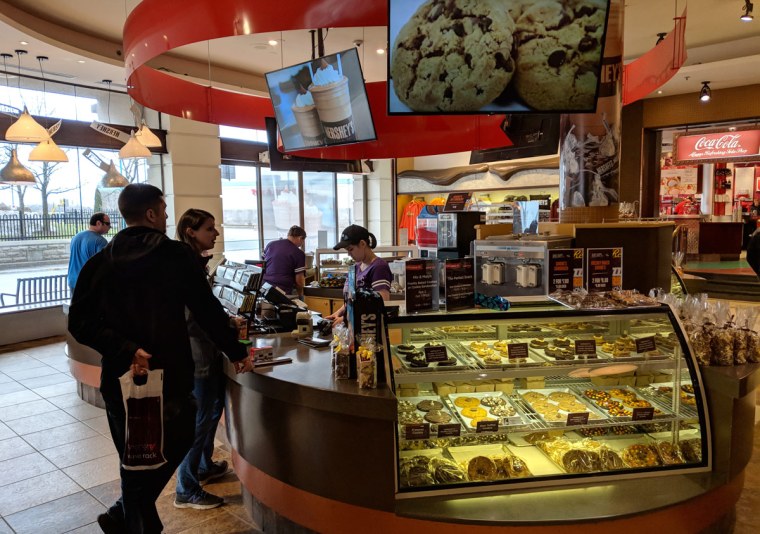 There’s a Hershey store in Niagara Falls, and I have a pretty vivid memory of the chocolate milkshake there being amazing.

Granted, this was at least a decade ago, but when I recently found myself in Niagara Falls with some time to kill, I got very excited by the prospect of having this milkshake again.

In my memory, this was a superior milkshake with a surprisingly intense chocolaty flavour.  I’ve never been a fan of Hershey chocolate, but this milkshake was something else.  It was special. 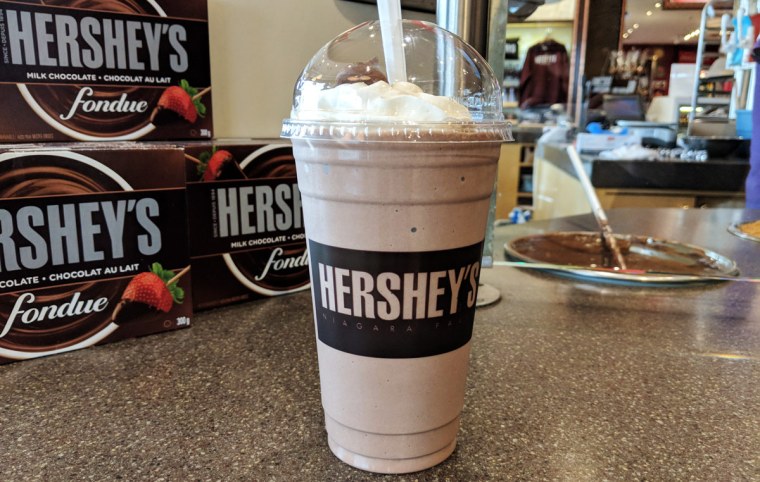 Well, either I’m way wrong about this or it’s gone way downhill, because the milkshake was not good at all.  It was throat-burningly sweet, and it didn’t even have much of a chocolaty flavour.  It was just all-encompassing sweetness.  It was bad.

I got about halfway through, ate the Hershey’s Kiss on top (which tasted like nothing after the mouth-annihilating sweetness of the milkshake), then chucked the rest in the garbage.