The Pho Beef Banh Mi at Just Braise in Oakville is pretty much exactly what you want it to be; it is the Brundlefly version of a bowl of pho and a banh mi, and it’s delicious. 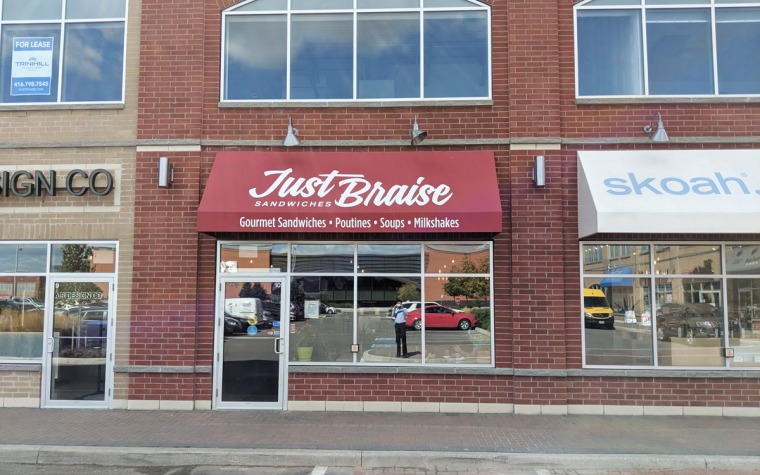 The combo of the beef and the pho sauce does a great job of capturing the flavour of that particular soup.  The only issue: the beef was actually pretty dry, which holds the sandwich back from greatness.

Everything else was quite tasty — the pickled veggies and the crunchy cucumber add a nice bright counterpoint to the savoury beef, and the garlic mayo / hoisin / sriracha combo compliments the beef very well.

It helps that the bread is perfect; it’s lightly crispy on the outside, with a great fluffy interior.  It’s a tasty sandwich. 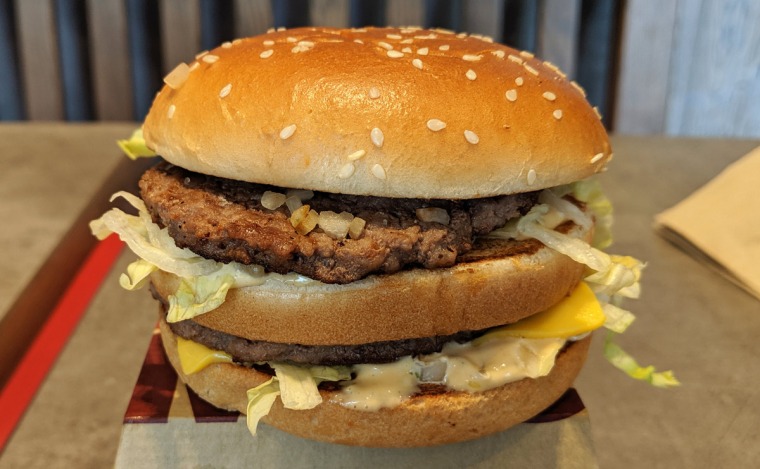 McDonald’s is making a big hullabaloo about their “remastered” classic burgers (the Big Mac, the Quarter Pounder with Cheese, and the Cheeseburger).  This includes a promotion where you can get a Big Mac for three bucks, so I figured it was worth a shot.

The improvements, according to McDonald’s:

I got a Big Mac, and… I don’t know.  It’s a Big Mac?  It tastes like a Big Mac?  I’m sure if I were that guy who eats multiple Big Macs every day, it would have blown my mind with all the little differences.  But it’s been a year or two since I’ve had one.  It tasted exactly the same to me.

Actually, that’s not entirely true — it’s clearly saucier.  The amount of sauce is kind of insane.  It oozes out of the burger with every bite.  It’s a mess.

Obviously the dry, mostly tasteless McDonald’s patties need a lot of help (and no, they are absolutely not juicier in any discernible way).  But even still, this was overkill.

The only other change that stood out were the onions; you could tell just by looking at them that they had been put on the griddle.  They had a bit of colour to them.  But if that made any particular difference to the flavour, I certainly couldn’t tell.

Still, it wasn’t bad.  I liked the Big Mac before, and I like it now — but I guess I prefer the old version, because the amount of sauce on the new one is bonkers.

The fake meat gold rush continues; I think it’s safe to say that, before long, all of the fast food chains will have imitation meats from places like Beyond Meat or Impossible Foods on their menus.

Tim Hortons is the latest, with three new breakfast sandwiches featuring sausage that looks and tastes like sausage — but isn’t.

I tried the Beyond Meat burger from A&W last summer, and I thought it vaguely approximated real meat, but wasn’t going to fool anyone.

The Beyond Sausage at Tim Hortons is much more convincing.

I got the Egg and Cheese, which features a Beyond Sausage patty, an omelette patty, and processed cheese on an English muffin.

The sausage certainly isn’t great, but it convincingly tastes like an actual sausage — a mediocre sausage, mind you, but if I hadn’t known it was fake meat, I wouldn’t have guessed.  That’s impressive.

(Of course, emulating a lousy, ultra-processed sausage is much, much easier than emulating one that actually tastes good, but one step at a time, I guess?)

There was something about the spicing that I found vaguely unappealing, and the flavour was particularly aggressive, presumably to cover up the lack of a meaty flavour.  But for the most part, it’s decent enough.

The texture is dead-on.  Unlike the Beyond Meat burger I had at A&W, it’s not mushy at all.  It’s a bit dry, and no one’s going to confuse it for a decent quality sausage, but the texture is basically identical to the type of mediocre sausage you’ll find at a place like Tim Hortons.  I was surprised at how close it got.

Otherwise, the sandwich was typical Tim Hortons, which is to say it was pretty lousy — the cheese was barely melted, the omelette was rubbery, and the English muffin was dense and dry.