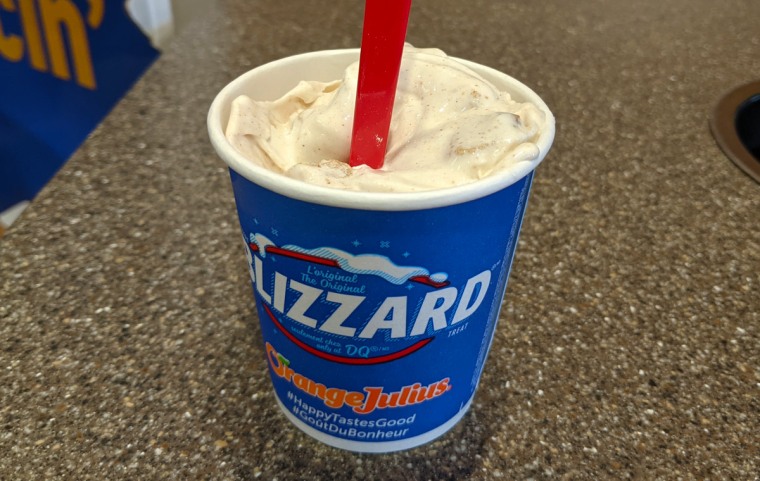 Dairy Queen is currently serving their Fall menu of Blizzards, which means the Pumpkin Pie Blizzard (a.k.a. the king of Blizzards) is back.  I probably should have ordered that, but how could I resist something called a Cinnamon Roll Centres Blizzard??  You’re going to take the best part of a cinnamon roll and mix it with ice cream???  Yes please, give me a million of those please.

They mix some cinnamon flavour right in with the soft serve, which is nice, but the “soft” cinnamon roll pieces are actually not soft at all (they have more of a chewy cookie consistency), and taste absolutely nothing like the sweet, gooey, delicious middle of a cinnamon roll.  They’re just kinda dry and chewy, and while they’re cinnamony, they also have an odd flavour that I couldn’t quite put my finger on.

I didn’t hate eating it, I guess, but the notion that this has anything to do with a cinnamon roll honestly feels like false advertising.  Can we sue Dairy Queen?  I feel like we should sue Dairy Queen.