Apparently Momofuku has been open in Toronto for eight years.  I was under the impression that it was more like three or four years, which doesn’t seem like a huge difference but kind of shook me to my core.

Well, maybe that’s overstating it, but seriously: where does the time go?  It’s like one second you can comfortably call yourself young, then the next second you realize that you’re practically middle-aged, and when the hell did that happen??

But I digress.  We’re talkin’ about noodles here.

I tried the classic bowl of pork ramen at Momofuku back when it opened, and my recollection is that it was tasty enough, but nothing particularly special.

It’s better than I remembered.  I don’t think anyone is going to call it the best ramen in the city, but it’s a top notch bowl of noodle soup.

The broth is quite tasty, with a nice porky flavour.  It comes with a scoop of sweet chili paste on top; the bowl really gets going once you mix that in.  It adds a nice sweet/savoury punch that does a great job of complementing the porkiness of the broth. 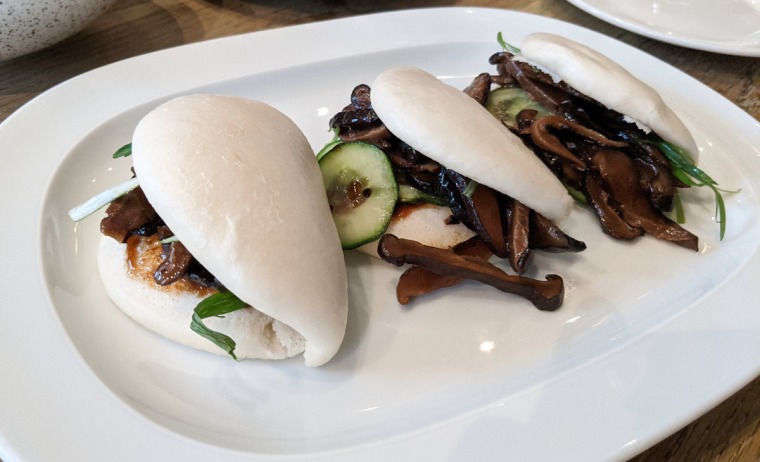 The noodles are nice and chewy, and the toppings are all great — in particular, the delightfully fatty thick-cut chashu is super tender, and the egg (which is a Japanese-style soft-boiled egg — a.k.a. onsen tamago — rather than a standard ramen egg) adds a silky richness that compliments the slightly sweet broth quite well. 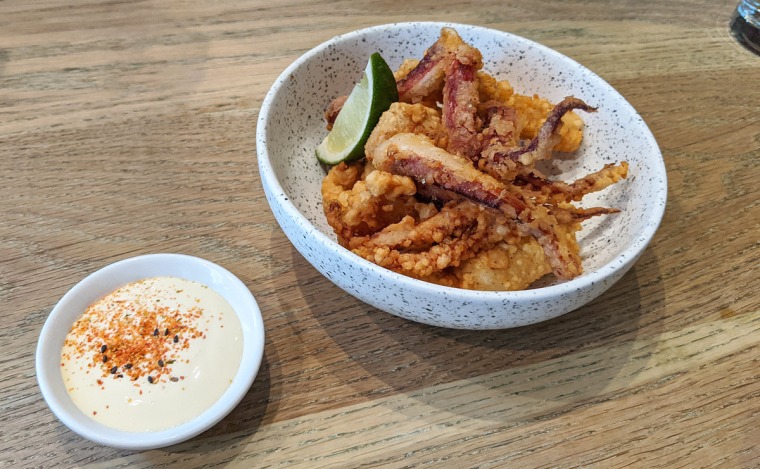 I tried a couple of other things.  There was the fried calamari, which is tender on the inside and crispy on the outside, with a tasty mayo-based dipping sauce on the side.  And it’s hard to go to Momofuku and not get one of their buns; I tried the shiitake buns, which feature meaty mushrooms tossed in hoisin sauce.  Hoisin is one of those things that could make basically anything taste good, so yeah, it was good.