The last time I checked out General Assembly Pizza, I noted that the crust didn’t quite have the level of chew that you’re looking for; sadly, that issue has not gotten any better.  If anything, it’s worse. 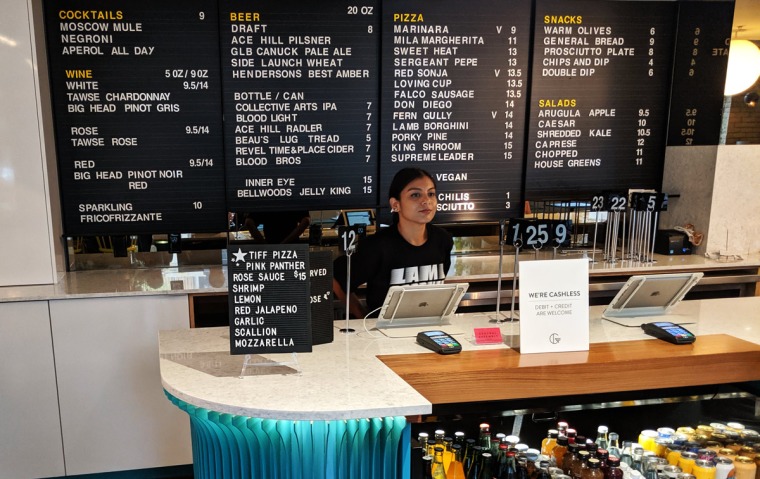 It’s not bad.  The flavours all work together relatively well, and the shrimp is perfectly cooked.  But it’s an off-kilter pizza, and unlike the off-kilter pies at a place like Descendant, I kinda wished I was eating something a bit more traditional.  Nothing about it particularly pops.

Still, it’s tasty enough — aside from the crust.  As you can see from the photo, it’s perfectly cooked, with a delightful amount of char from the hot oven.  But it lacks substance, and it’s kinda bland.  It almost dissolves in your mouth; you barely even have to chew it. 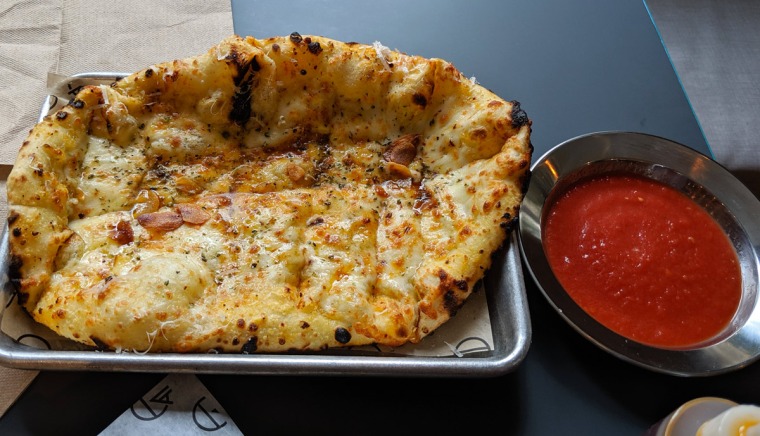 I also tried the General Bread from the Snacks portion of the menu, which is described as “aged mozzarella, grana, garlic, aleppo pepper, wild oregano.”  It had the same issues with the dough, but it’s loaded with enough cheese and garlic (not to mention the tomato dipping sauce) to overcome the crust’s deficiencies.  It’s quite good.