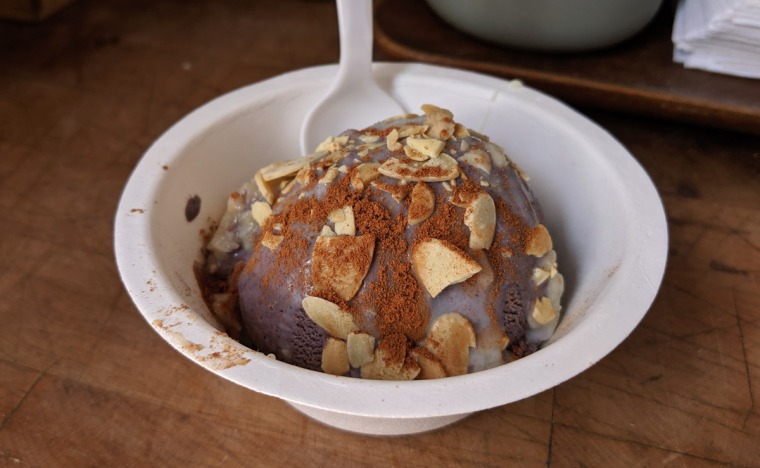 Oh hey, another super delicious scoop of ice cream from Bang Bang.  Are you surprised?  Because I’m definitely not.  They’ve been around for five years now, and they’re still serving up what is hands-down the best ice cream in the city.  It’s not even close.

This particular flavour was called Horcha-ta-ta and is inspired by horchata, a sweet, creamy drink made from rice.

The ice cream itself has a really rich flavour, and is imbued with cinnamon and other spices (nutmeg I think?  Some other stuff, probably?).  It’s topped with sweet sticky rice, condensed milk, and a generous sprinkling of cinnamon.

It’s delicious.  It actually reminds me quite a bit of rice pudding, but with the cinnamon and other spices giving it a really interesting flavour.  And of course, the quality of the ice cream is just as great as ever.  It’s so good.