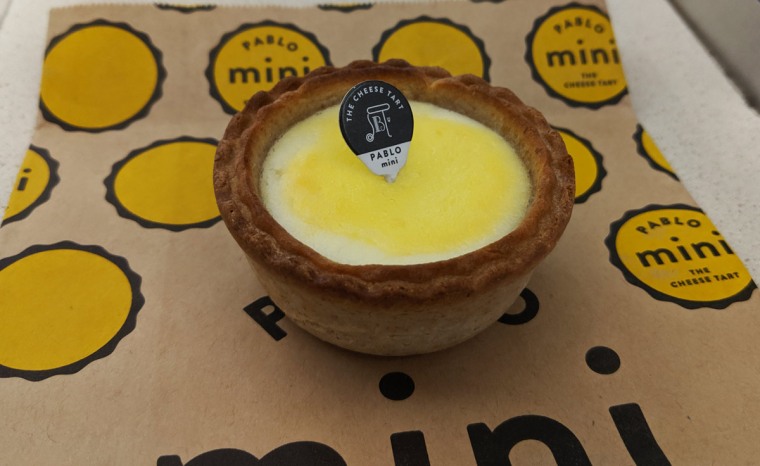 It’s hard to go wrong with a Japanese cheese tart.  It’s basically just a little cheesecake, and it’s delicious.  If you’re a cheesecake fan, there’s absolutely no reason cheese tarts shouldn’t be in your life.

The version they sell at Pablo might not be the best one I’ve ever had, but it’s pretty darn tasty.

The filling is sweet but not too sweet, with a rich cheesecake flavour.  I wish it had been a bit creamier, but it’s quite good.

The crust could have been a bit more crisp, but again, it’s very good: it’s nice and buttery, with an almost shortbread-like flavour.  The crispy crust and the creamy cheesecake is a fairly irresistible combo.