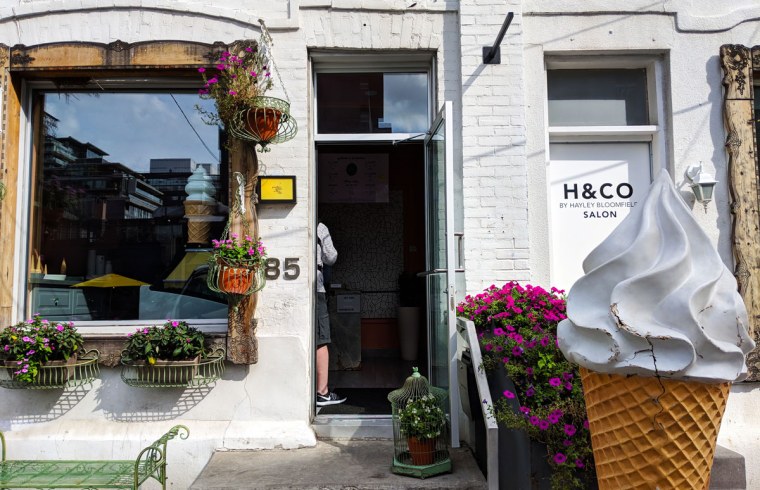 Piccolina Gelato is a tiny little ice cream shop (it’s about the size of a large walk-in closet) that sells gelato and soft serve ice cream.

Maybe it’s because it’s such a small and unassuming space, but my expectations weren’t particularly high.

I was pretty blown away by how good it was. 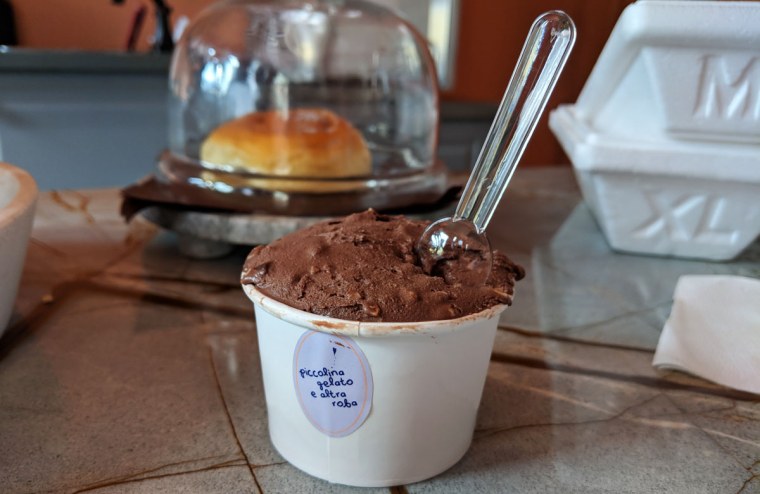 I had the chocolate hazelnut, and man, it was good.  It was maybe a touch too sweet, but aside from that it was first-class gelato.

The texture was amazing — it was rich, silky, and incredibly creamy.  It was profoundly satisfying, and certainly, right up there with the best in the city in that regard.

The flavour was almost as good.  It had a very assertive chocolate/hazelnut flavour that was quite Nutella-esque.  It also had a very generous amount of nut pieces and chocolate chips that helped to amp up the flavour and the texture.

Honestly, aside from the sweetness thing (a minor complaint), everything about it was great.  I really, really enjoyed it.