I should note a couple of things up front: Ramona’s Kitchen is popular.  I showed up with a group of four at around 11:30 on a Saturday, and the place was absolutely packed, with a full restaurant and a bunch of people waiting around for tables.  It took a solid half hour to sit down.  So people obviously like the place.

And everyone I was with really liked the food.  A lot. 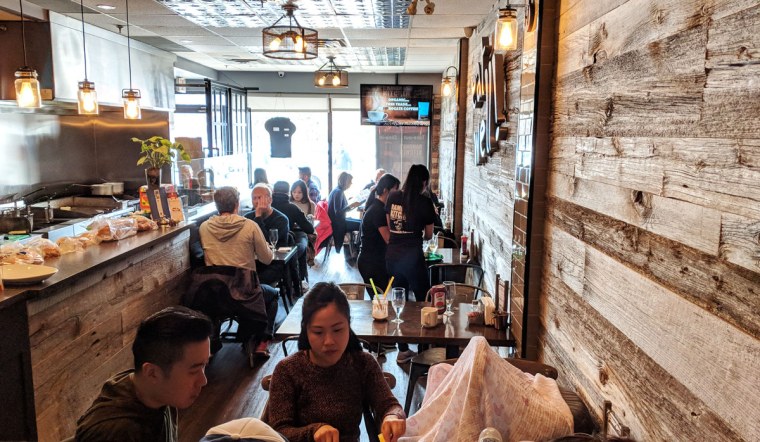 That being said?  I ordered the breakfast poutine, and it was kind of shocking how bad it was.

The dish consists of hash browns (which they call “tri-coloured potatoes” for the three types of potatoes they use), hollandaise sauce, cheese curds, and a poached egg.

The individual components were all decent — the potatoes were crispy on the outside and soft on the inside, the hollandaise was rich and creamy, and the poached egg had a perfectly runny yolk. 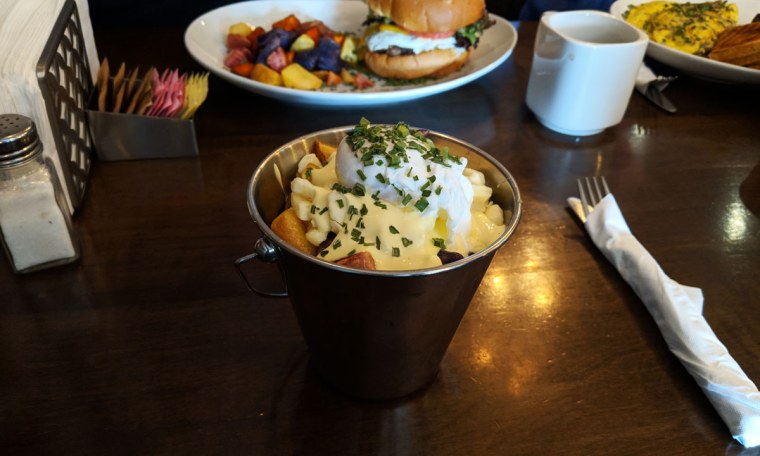 But the whole thing was just off.

It was served in a tall, narrow bucket, which I guess is a fun presentation, but really awkward to eat out of.

And while most of the components were good, the curds were a bit too salty and tasted stale (fresh curds should squeak when you bite into them; these did not).  And though the potatoes were hot and fresh, the hollandaise was only warm, which didn’t provide enough heat to get the curds even vaguely melty. 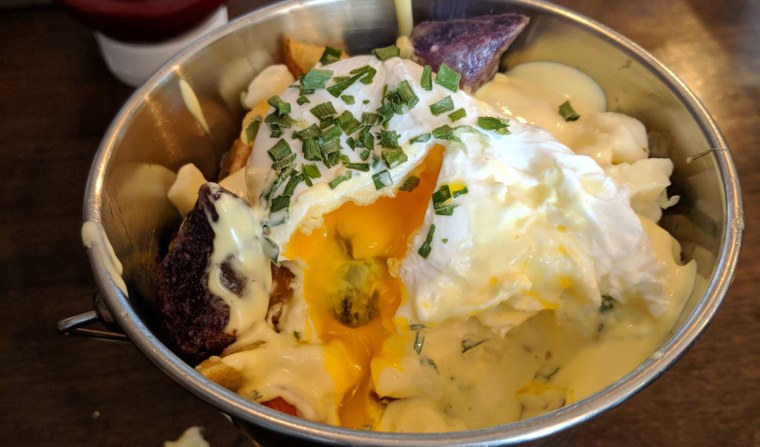 Also (I sure have a lot of complaints about these cheese curds, don’t I?), the majority of the pieces were tiny little curd fragments, and since they were cold and unmelted, the whole thing was unappealingly cottage-cheese-esque.

The hollandaise was quite good, though, as were the potatoes, so you’d think that alone would be enough to make this delicious.  I mean, crispy potatoes?  Delicious.  Hollandaise?  Also delicious.  But if there was ever a case of “too much of a good thing,” this is clearly it.  The entire bucket was absolutely swimming in heavy, creamy hollandaise, and it’s just overkill.  It’s like hollandaise pudding with potatoes.  It’s off-putting. 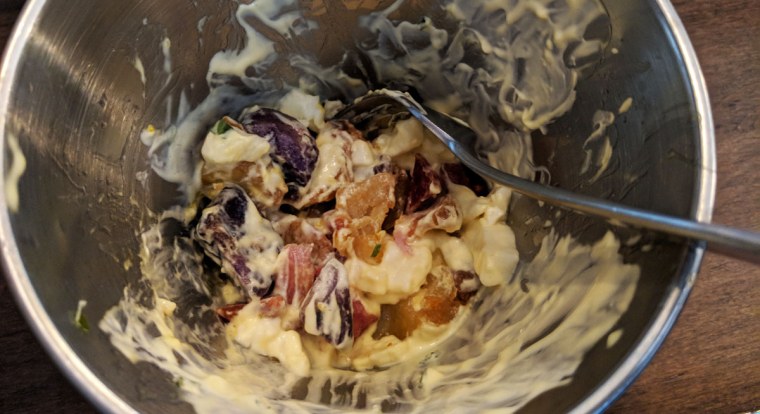 That’s not to mention that, by the bottom of the bucket, the hollandaise had started to congeal, making it even thicker and richer, with a gluey, mayonnaise-like consistency.

But again: I think this is a good restaurant?  Just don’t order the breakfast poutine unless you really, really like hollandaise (and I do!  But not as much as I thought, apparently).