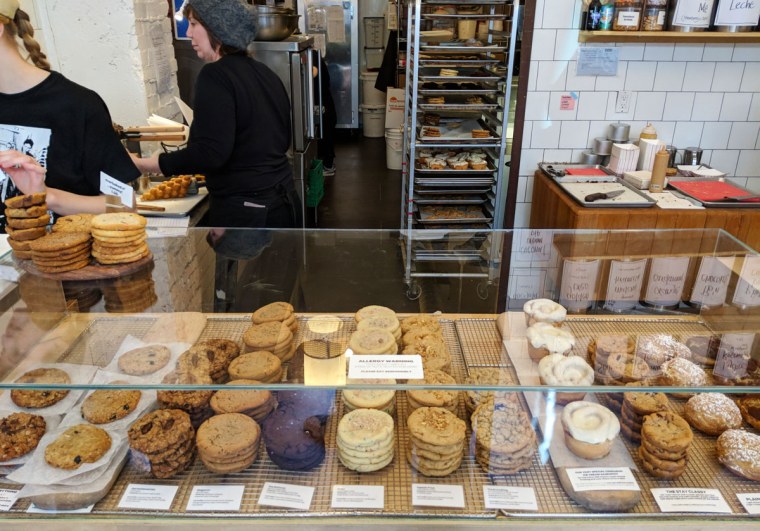 I’m not sure why they call this P’nut Butter Cup — there are actually Reese’s Pieces in there, not peanut butter cups, and that’s what it tastes like (I love Reese’s Pieces, so I’m not complaining).  Though they do also add chunks of chocolate, so I guess that adds a certain amount of peanut-butter-cupiness. 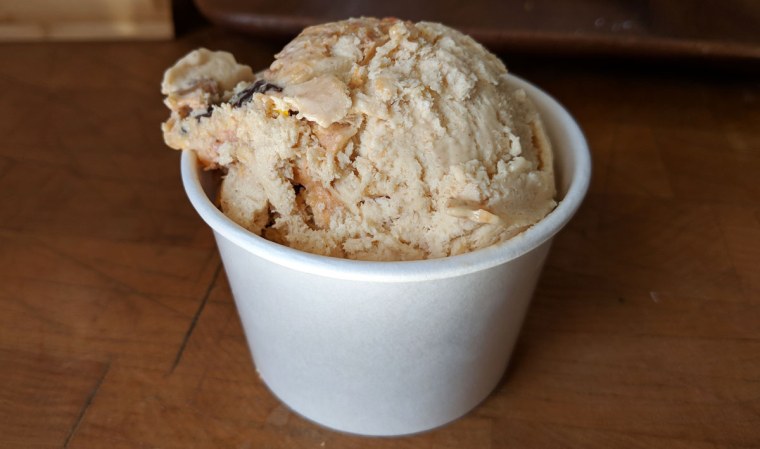 The ice cream itself is ridiculous.  It’s so rich and peanut buttery — “mucho” definitely isn’t an exaggeration.  It almost tastes like some kind of delicious amalgam between ice cream and peanut butter, like a jar of peanut butter and a pint of ice cream found its way into Jeff Goldblum’s teleportation machine.  It’s incredible.  And the crunchiness of the Reese’s Pieces makes for a great contrast with the dense, smooth ice cream.  It’s pretty much the best.