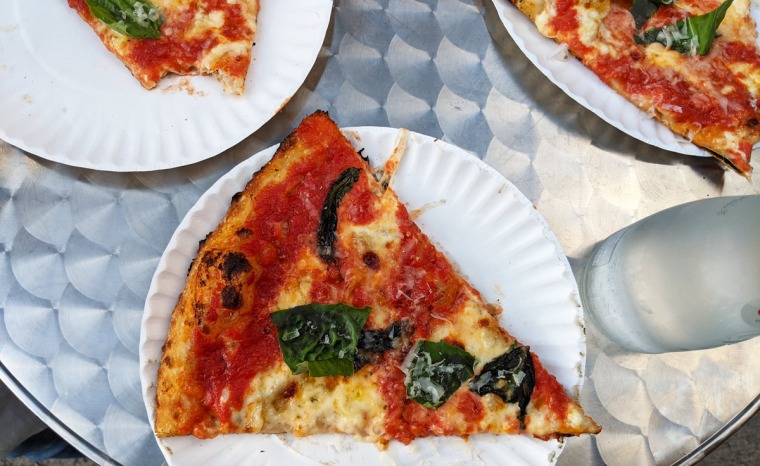 Pizzeria Badiali is a pizza joint that bills itself as “a nod to the New York classics.”  And yeah, it’s quite different from the Neapolitan-style pizzas you can find all over town. 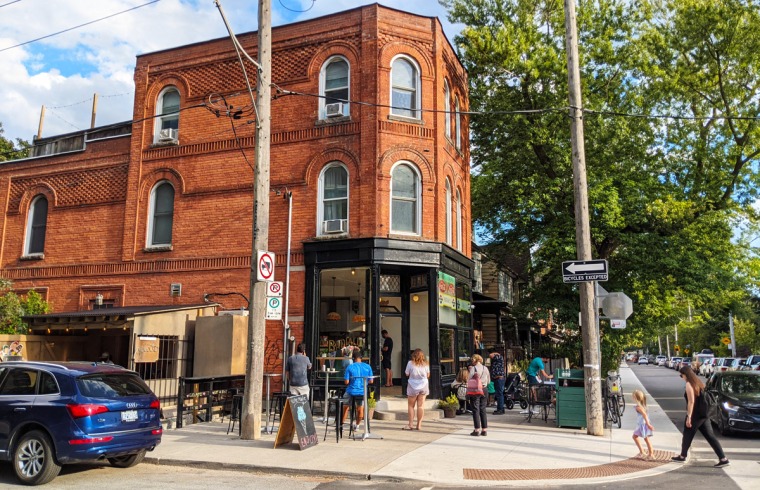 Of course, it would have to be  — it’s a slice shop, and the floppier slices of a Neapolitan-style pizza aren’t exactly grab-and-go compatible.

The slices here, on the other hand, have a delightful crispiness that never feels overly crunchy, with an interior texture that balances fluffiness and chewiness quite well.  It reminds me a bit of the slices they serve nearby at Superpoint, but I think this might be even better. 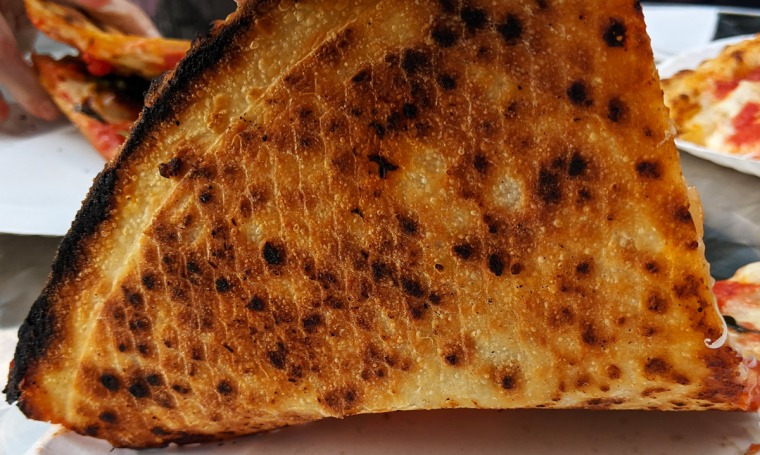 I got the margherita: “crushed tomato, fior di latte, pecorino and padano, basil.”

It was great — in particular, the balance between the creamy fior di latte and the sharp pecorino and padano really popped. 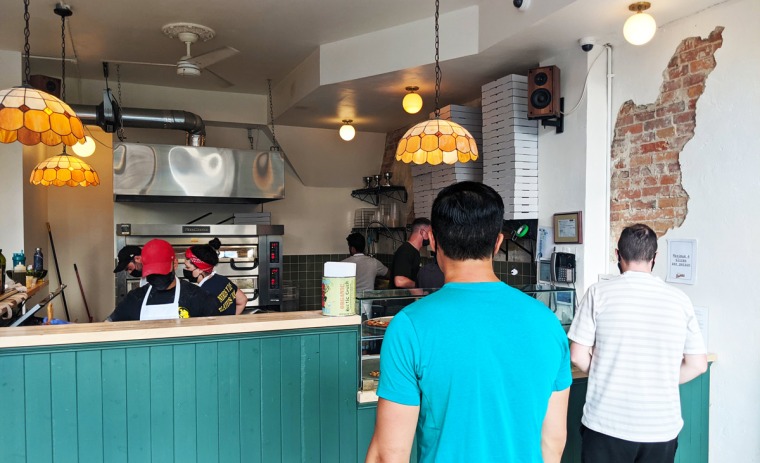 The place is quite popular (someone actually came out and announced a twenty minute wait for a new batch of slices shortly after I got mine), and with the combo of great quality toppings and a superlative crust, it’s easy enough to see why. 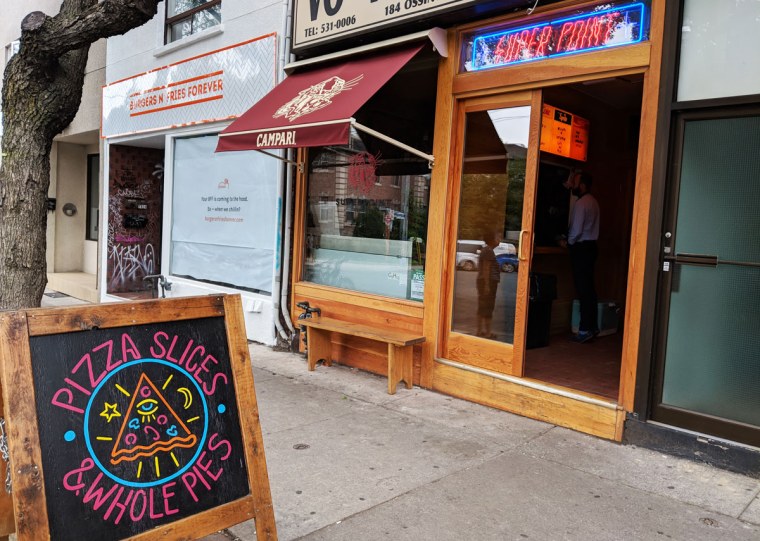 Getting a reheated slice from a pizza place can be a bit of a dicey proposition.  Reheat a slice for too long and it becomes overly stiff and crunchy; not enough, and the cheese’s goo-factor isn’t there.  Or worse: it’s clammy.

And if the pizza sits on the counter too long, it eventually passes a point of no return; it can only ever be a shadow of its former self.

The slice I just had at Superpoint avoids all of these pitfalls.  It was one of the best reheated slices of pizza I’ve had in ages. 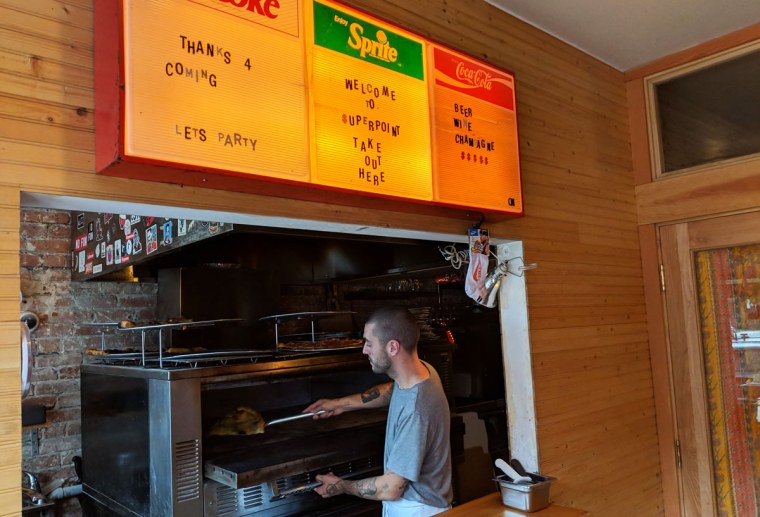 I think it’s the ultra-thin crust; the guy didn’t put it in the oven for much more than 30 seconds, but thanks to how thin it was, that was more than enough to heat it through and re-gooify the cheese.

The crust was actually pretty great, with a pronounced crispiness on its exterior that never felt overly crunchy or crackery.  It still had a pliable chewiness that complimented the crispy exterior perfectly.

This particular slice was pretty simple, with just tomato sauce, cheese, spicy sopressata, and a light sprinkling of parmesan and dried herbs. 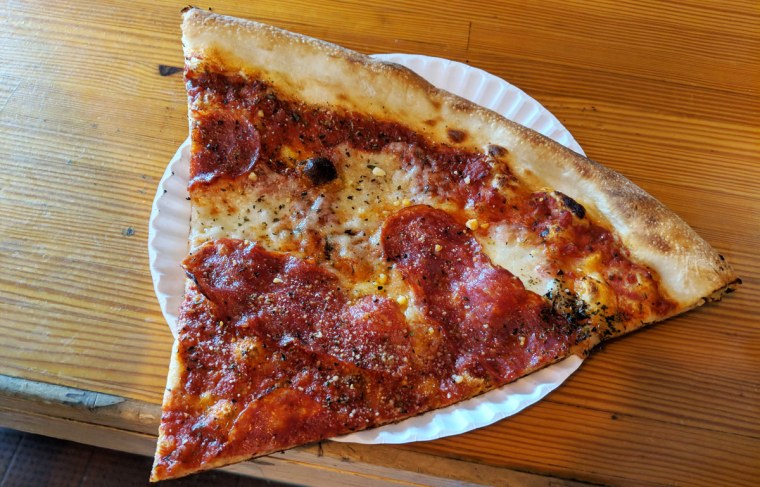 It was fantastic.  The salty sopressata contrasted very nicely with the simple, slightly sweet tomato sauce, and there was the perfect proportion of cheese and sauce.  It was one of the better slices I’ve had in quite a while.

Bonus: it only cost five bucks (and that includes tax) for a slice of pizza bigger than my head.

Double bonus: it’s a five minute walk from Bang Bang, which means that for less than ten bucks, you can have a delicious slice of pizza and a scoop of the best ice cream in the city.  That’s about as perfect of a lunch as I can imagine.