Coating a piece of fried chicken in flavoured potato chips is pretty bizarre; it’s also obvious enough that I’m surprised KFC or some other fast food chain hasn’t done it sooner.  This is particularly odd in a post Doritos Locos world, where mashing up two seemingly disparate but complementary flavours has revealed itself to be a gold mine. 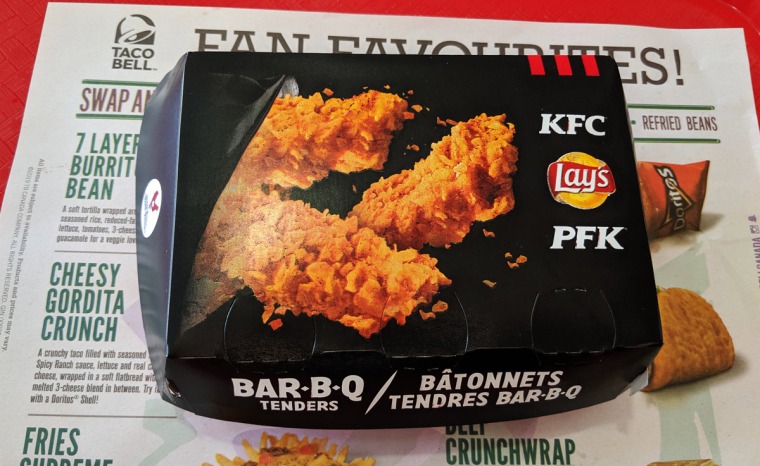 Anyway, KFC has finally done it, and yeah, it’s good. 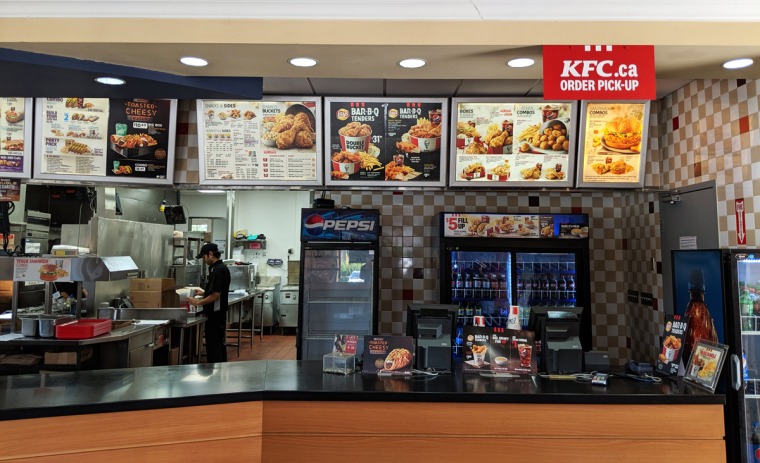 The flavour is pleasingly familiar, with a nice balance of sweetness and tanginess; if you’ve had Lay’s BBQ chips, then it tastes as you’d expect.  The whole thing is exactly what you think (and hope) it’s going to be.

I will say, however, that these taste like they were made with plain chips and then seasoned post-fry.  This is mostly not an issue, aside from the fact that the seasoning is a bit uneven.

Still, it’s a good quality chicken strip; the BBQ flavour complements it well, and the chip pieces add a nice crunch.  It’s one of those things that sounds weird on paper, but mostly just tastes pretty good (i.e. it’s not a Double Down, which is a fun gimmick until you actually eat it).

This is entirely down to the luck of the draw, but my order was hot and fresh, which definitely helped.  The chicken could have been a bit more tender, but for white meat, it’s not bad.