Dreyfus’ main claim to fame is that it was opened by an alumnus of Joe Beef, a seriously acclaimed Montreal bistro (among many, many accolades, it was recently called Canada’s second best restaurant).  I’ve never tried that place, so this seemed like the next best thing.

The menu consists of various small, shareable plates with big price tags; cheap eats this isn’t, but then every now and then you need to break the bank and try some top-notch food.  Or at least, that was the idea.

The menu is entirely French, which means that effectively, there is no menu — the waiter tells you about every dish, and then you have to remember it all; not ideal for a place that requires you to order multiple dishes.  That whole conceit is a bit overly precious, but if the food is great, who cares?

Nothing is outright bad, I’ll give it that, but for what they’re charging, the food is very much a mixed bag.

There were some highlights, however.  There was a dish that featured endives topped with tender roast pork shoulder that was particularly delicious.  The endive was doused in a tasty, Russian-style dressing and was basically a variation on a wedge salad, and the thickly-sliced pork was meaty and tender.

The croque cubano — essentially an open-faced Cubano that you can eat in a couple of bites — was crispy, meaty, zesty, and satisfying. 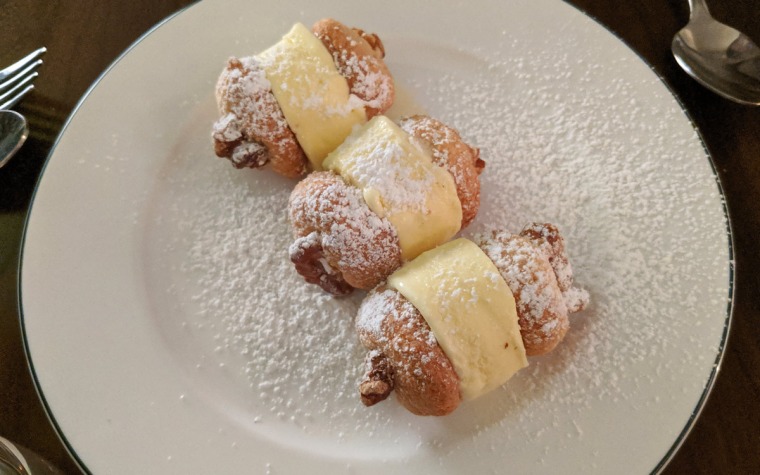 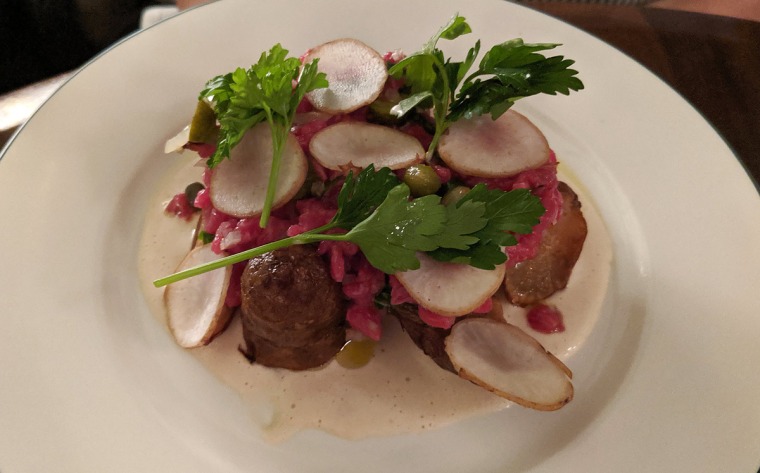 Everything else was a bit iffy.  The steak tartare was fine, but it was way overseasoned and had zero beefy flavour.

I can’t remember what the croquette was even supposed to be; the vaguely yogurty interior was basically just a thick, tasteless sludge.

This squash dish topped with Jersey Royal cheese should have been tasty, but the cheese was haphazardly applied, and most of the squash was undercooked and crunchy.

The mackerel seemed okay, but it was absolutely doused in an overly vinegary sauce that completely overwhelmed the fish.

The madelines were basically tasty, but they were overcooked and dry, and the sauce that comes on the side was overly sweet (the sugar that was haphazardly dumped into the container probably didn’t help).

One thought on “A Disappointing Meal at Dreyfus”