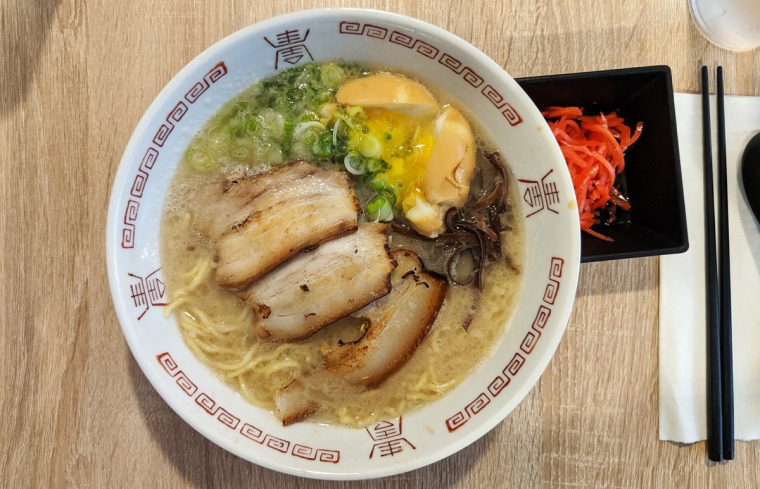 A lot of times, the broth in a bowl of Hakata-style tonkotsu ramen can be overwhelmingly porky.  The one-note pork flavour can get a bit wearying.

I’m normally not a big condiments guy — I’ll just eat it as it comes — but with this type of ramen, condiments tend to be necessary.  In particular, pickled ginger does a good job of adding some vibrancy and cutting through the soup’s richness. 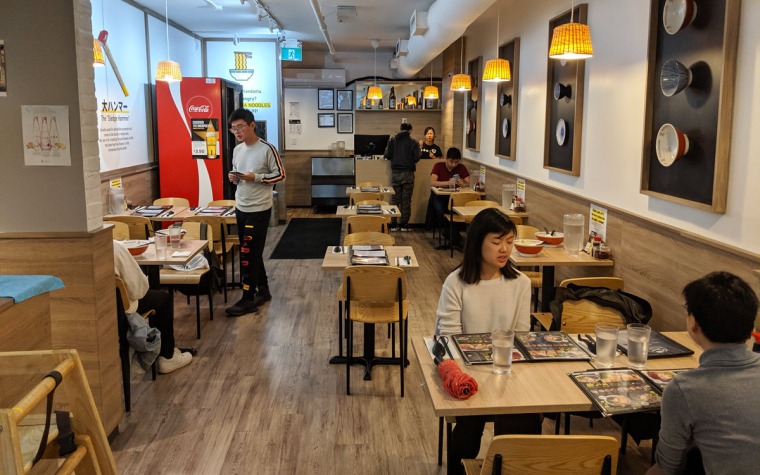 Oddly, however, the Hakata ramen at Hakata Shoryuken Ramen has the opposite problem; the flavour isn’t in-your-face at all.  It’s surprisingly mellow.

It’s unexpectedly low-key, but quite tasty.  The soup is nice and creamy, and though the porky flavour is subtle, it’s definitely there.  It’s not going to knock anyone’s socks off, but it’s a pleasant bowl of soup. 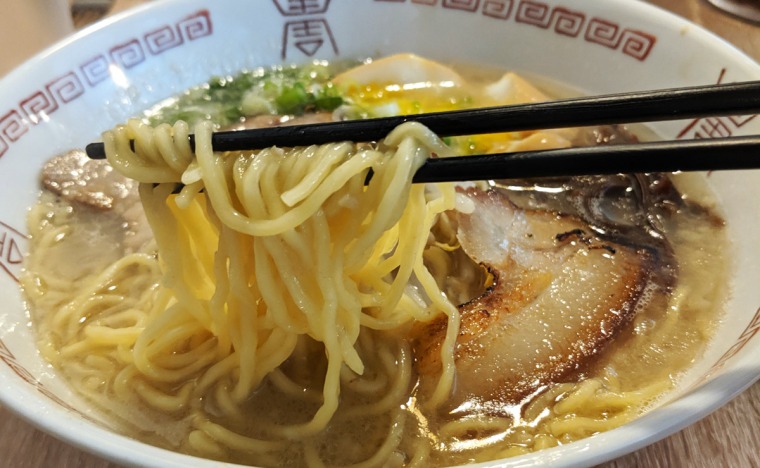 The pickled ginger was still necessary, however — it gave the soup some welcome pops of flavour.  It’s a fifty cent add-on, but it’s worth ordering.

The egg was another add-on ($1.50), and it wasn’t great.  It was bland, and the texture was just odd — it was somewhere between an onsen tamago and a traditional ramen egg, and it wasn’t as good as either. 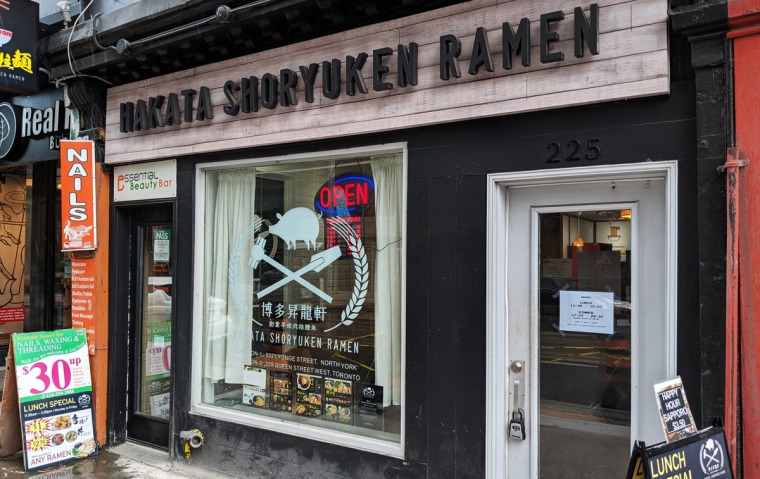 Everything else was solid.  The chashu, in particular, was tender, tasty, and perfectly fatty.  The noodles were slightly too soft, but otherwise got the job done.