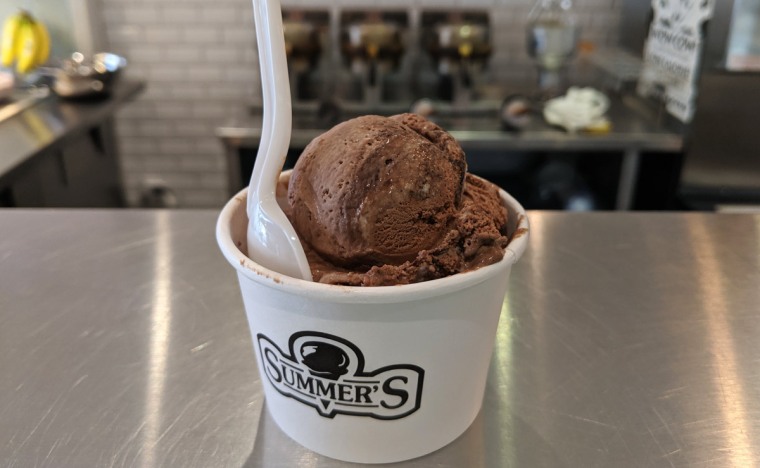 Summer’s is a Toronto institution.  It’s been around since 1984, which makes it one of the oldest local ice cream joints (I think only Greg’s, which opened in 1981, is older).

It’s not a place that I feel the need to check out on a regular basis (I think it’s been something like a decade since my last visit), but if you’re in the area and you’re craving ice cream, it’s fine. 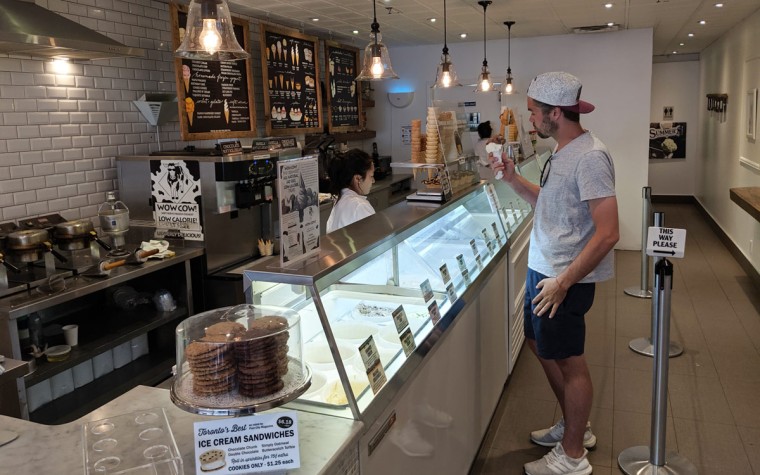 It’s better than fine, actually.  It’s a decent step up in quality from most of the stuff you can get at the supermarket, but it’s definitely not on the level of the city’s better ice cream shops.

On this particular visit I got their classic flavour, Toronto Pothole, which is chocolate ice cream with marshmallow and chocolate sauce swirled in, with chunks of almonds and peanuts (though I didn’t notice any almonds or peanuts, and their description doesn’t say anything about chocolate sauce.  Did I get the wrong flavour…?).

The flavour of the ice cream is a bit Nesquik-esque, and the texture is slightly gummy, but for the most part it’s rich and satisfying.  It’s nothing too mind-blowing, but it’s certainly tasty enough.