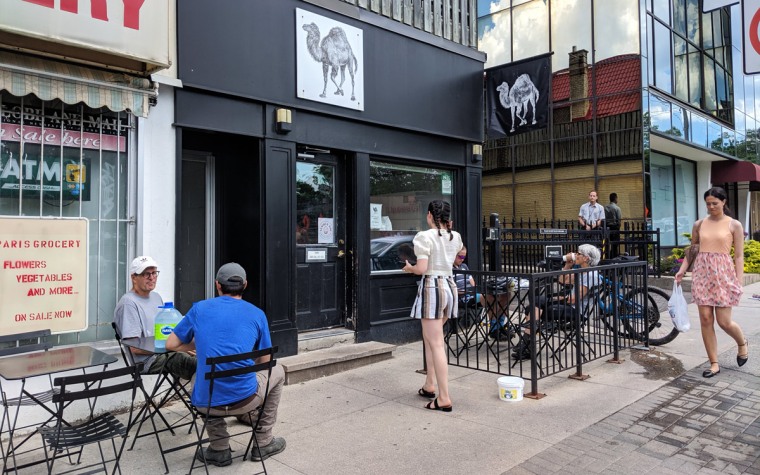 If it weren’t for Toronto Life’s list of the best sandwiches in the city, never in a million years would it have occurred to me to try the roasted veggie sandwich at Black Camel.  I suppose I’m indebted to the list, because the sandwich was quite delicious.

Black Camel is a little take-out sandwich shop that specializes in tender, slow-roasted beef brisket and pork sandwiches (they also have chicken, steak, and a BLT).

I had assumed that the roasted veggie sandwich was more of a perfunctory, vegetarian-appeasing menu-filler than something anyone would actually want to order. 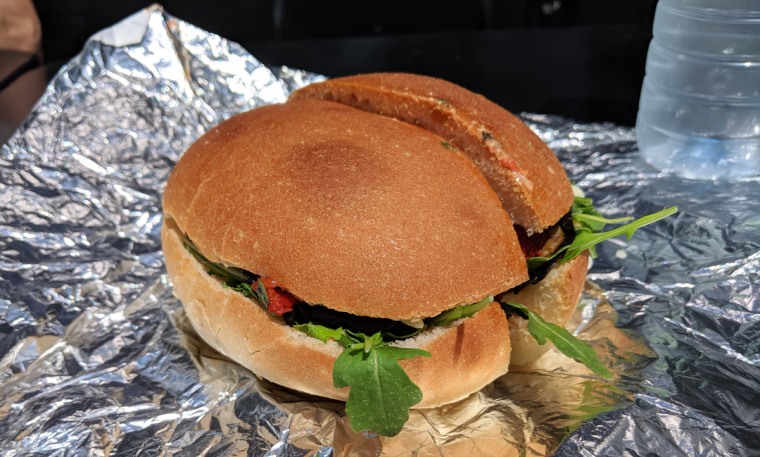 I was super duper wrong.  The veggie sandwich was just as good as their other offerings.  Maybe better.

The sandwich consists of roasted roma tomatoes, red pepper, and eggplant, with some peppery arugula for good measure.  It’s served on a soft, fresh bun. 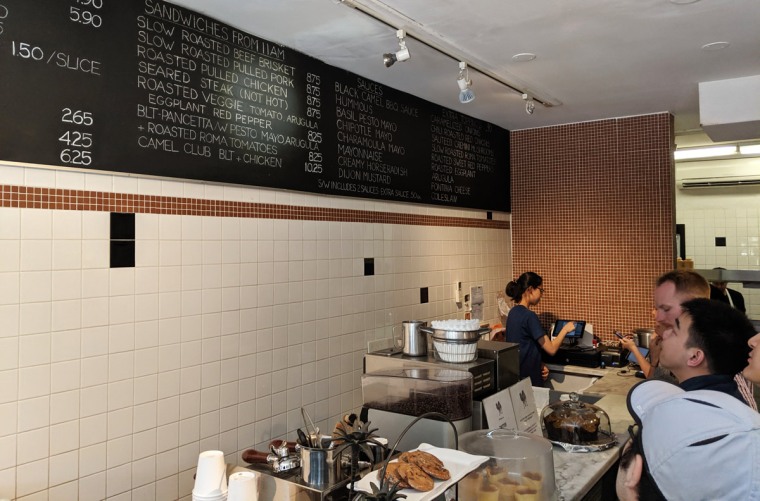 You can choose from a variety of sauces; Toronto Life recommended the Charamoula sauce, which the menu describes as a “Moroccan-inspired mayonnaise [that] blends the flavours of garlic, cilantro, lemon juice, and smoked paprika into a one-of-a-kind topping.”  The list also recommended adding Fontina cheese, and who am I to argue with the list?

It’s a fantastic sandwich.  The veggies are all tender but not mushy, with a nice herby flavour.  They’re sweet, savoury, and absolutely crammed with flavour. 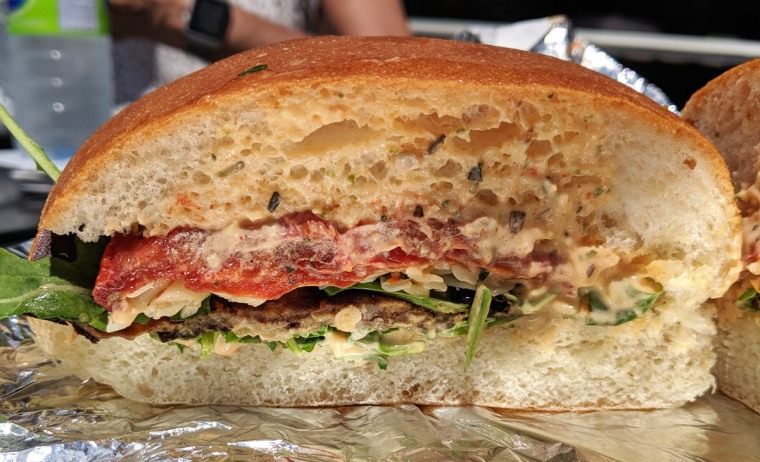 But it’s the Charamoula mayo that’s clearly the star of the show.  It’s zesty, spicy, and incredibly assertive without being overwhelming.  It’s one of those sauces that would make practically anything taste good; the fact that the veggies themselves are quite tasty is just a bonus.

The mild Fontina cheese adds a nice creaminess that only ups the richness from the silky mayo.  It’s a shockingly delicious sandwich.