You win some and you lose some.

I just tried the almond croissant from Blackbird Baking Co.  On one hand, the croissant itself is fantastic; it’s lightly crispy on the outside, satisfyingly buttery, and has an absolutely perfect texture.  The exterior crispiness is maybe a bit too subtle, but for the most part it’s one of the better croissants I’ve had in the city. 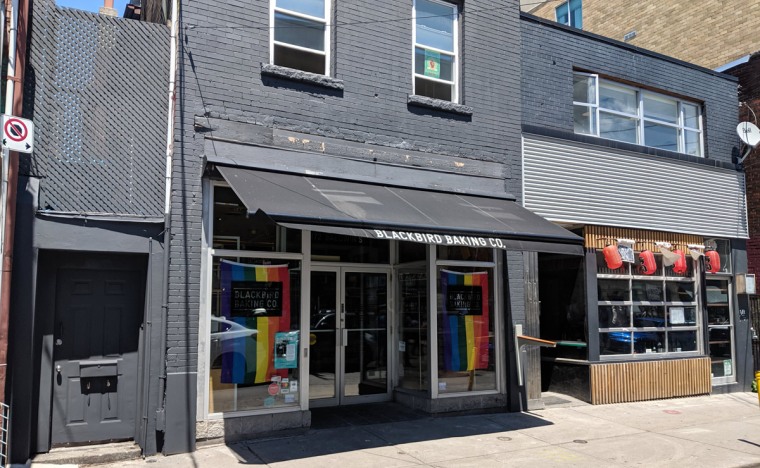 But the almond part of this almond croissant is disappointingly anemic.  Almond croissants are traditionally stuffed and topped with almond paste; the paste on top gets crispy and caramelized, and the paste inside is gooey and sweet.

That’s how it’s supposed to be, at least.  Here, on the other hand, the layer on top was so thin that it may as well not have even been there, and it was filled with a crumbly, dry almond mixture that had almost no sweetness.  It’s not at all what it’s supposed to be.

I get wanting to put your own spin on a classic, but if you’re going to do that, maybe make sure that your new creation actually tastes good?

Still, the croissant itself is so amazing that it basically doesn’t matter.  Just don’t expect anything particularly sweet or almondy.