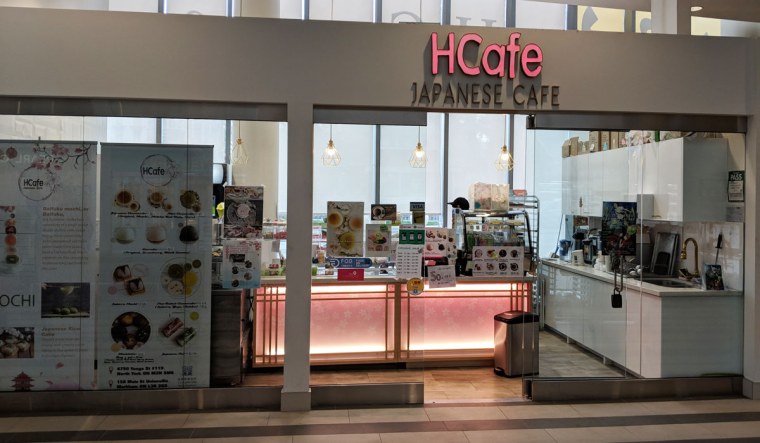 He eats at least one dessert per episode, and it all looks amazing.  Sadly, much of it is really difficult (if not impossible) to find in the GTA. 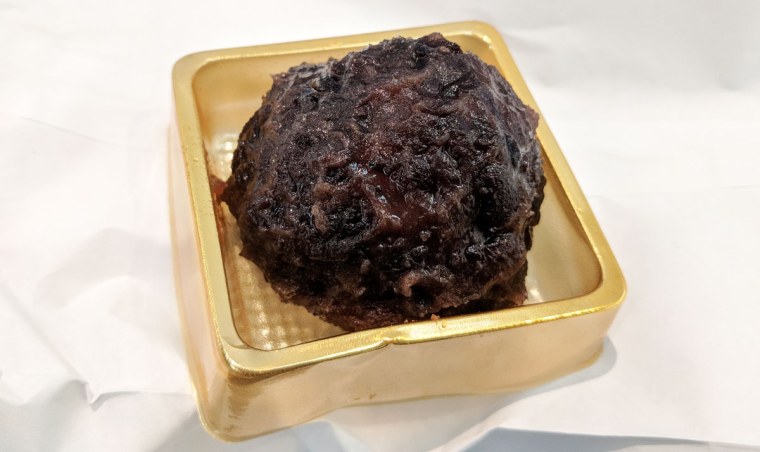 One of the desserts he eats is called ohagi, and you can actually find it at HCafe, a tiny little Japanese dessert shop near Yonge and Sheppard.

It’s pretty unique.  It features a ball of chewy rice (a mix of glutinous rice and regular rice) surrounded by a sweet red bean paste. 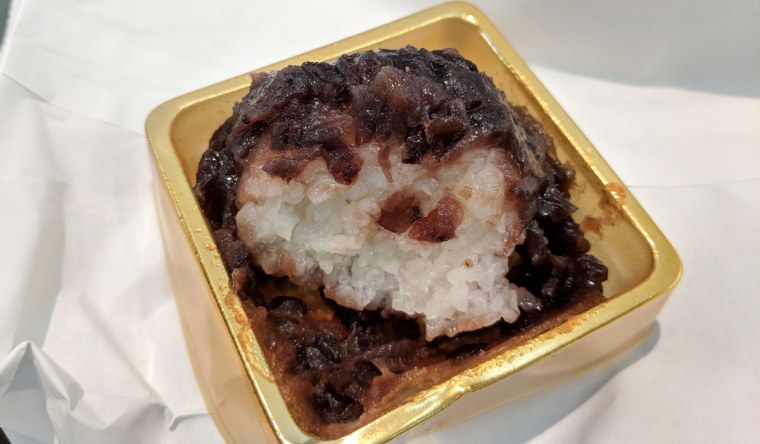 It’s not quite like any dessert I’ve ever had — it’s chewy, almost like mochi, but with a coarser texture thanks to the grains of rice.  The sweetness is very subtle, and though the flavour is mostly beany, there’s an underlying fruitiness.

It’s odd, but also surprisingly delicious.  If you like mochi, this hits a lot of the same notes.