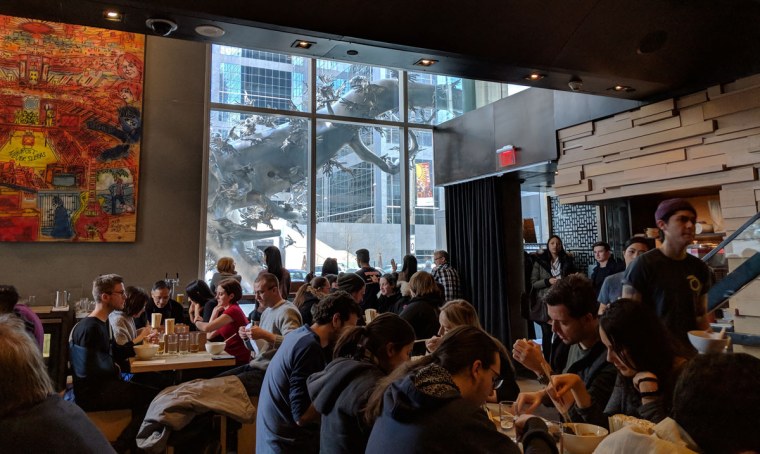 I don’t really have a favourite restaurant in the city — I have a tendency to want to try something new every time I eat out, so it’s rare that I’ll go to the same place more than a couple of times.

So I guess Momofuku Noodle Bar is one of my favourite restaurants by default, because I’ve been there several times, and it’s consistently very good. 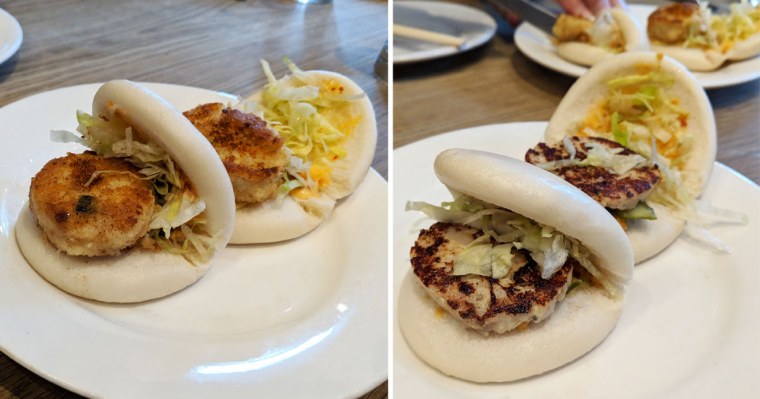 On this particular visit I tried a couple of their buns — chicken burger and cod cake — and both were quite tasty.  The chicken burger, which featured a generous spread of pepper hummus, was the more interesting of the two.  But the crispy, tasty cod was quite good as well. 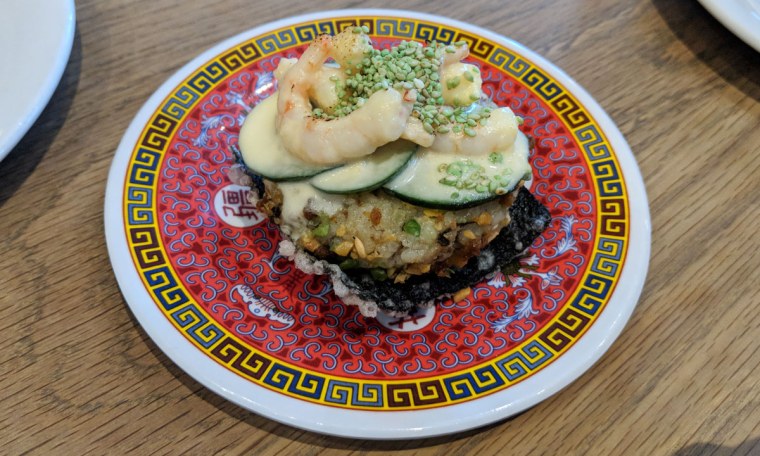 I also tried the onigiri, and with its crispy fried bottom layer of nori, it was certainly an interesting take on the ubiquitous Japanese snack.   But it was a little bit bland, and probably not something I’d order again. 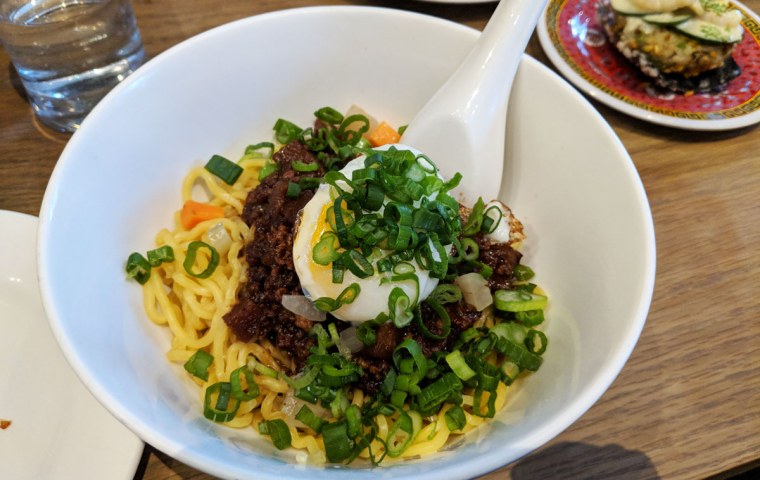 The Jaja noodles, which the menu describes as “bacon, black bean, cabbage, pickle,” was good, but it was another item I probably wouldn’t get again.  It had a meaty, umami-filled flavour, but it felt one-note.  It really needed a bit more vibrancy to round out its porky richness (it probably didn’t help that it reminded me a lot of a dish I had in Malaysia called chili pan mee that was superior in every regard).